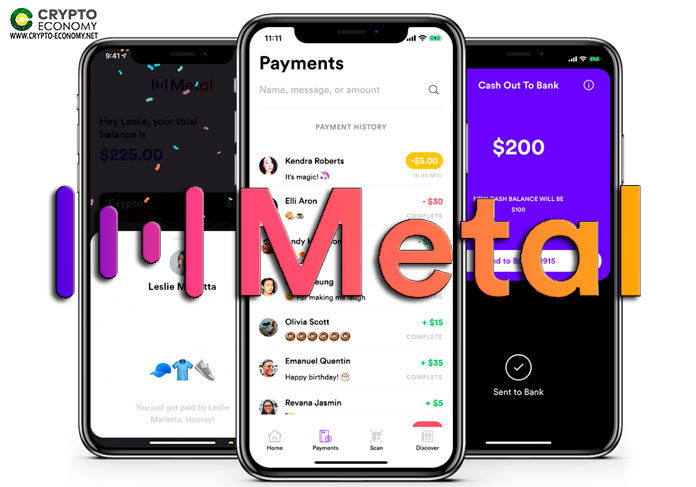 Erik Finman and Marshall Hayner launched a cryptocurrency payment platform known as Metal Pay. The crypto platform is set to rival Facebook’s Libra, given that it is structured to be person to person (P2P) payment application just like Libra.

Further, if the August 19 social media post is anything to go by, Metal is likely to outperform Libra in the market soon. The said post by Erik Finman on a social media platform read;

“Today Marshall Hayner & I are launching Metal Pay to the masses. We’re going to finally bring crypto to the People – in ways that Facebook Libra only wishes they could. This. Is. The. Libra. Killer.”

The two co-founders of Metal Pay both have a feather in their caps. Erik Finman became famous as the world’s youngest Bitcoin millionaire while Marshall Hayner co-founded the San Francisco based QuickCoin trading platform.

The Metal Pay application will allow one to send and receive several virtual currency tokens such as Bitcoin (BTC) and Ether (ETH). Supporting different cryptocurrency is an added feature given that previously, the Metal platform only supported its own in house token METAL (MTL).

The improvement of the Metal platform to include Metal Pay that deals in different cryptocurrencies come just a month after Metal formed a partnership with Steemit, a crypto-based social network. The agreement resulted in Metal adding Steemit’s native token Steem (STEEM) in its platform and allowed Steemit to add content to the Metal platform. Metal, in further commenting on the agreement, made an official blog post that partly read:

“We also allowed Steem to take over the Discover section in the Metal Pay app — a first for us — where we linked to tons of interesting content to familiarize our users with the Steem blockchain and its publishing platform, Steemit,”

Even though block chain based payment options such as Facebook’s Libra reportedly face many regulatory hurdles from all over the world, this has not slowed down or dampened other inventions that set to provide similar services such as Libra. In contrast, many platforms are coming up, such as Metal Pay and another recently launched Venus.

Venus, a cryptocurrency payment option, also intends to compete with facebook’s Libra directly. Venus is the brainchild of the world’s largest crypto exchange Binance and is set to run on the Binance Chain platform.