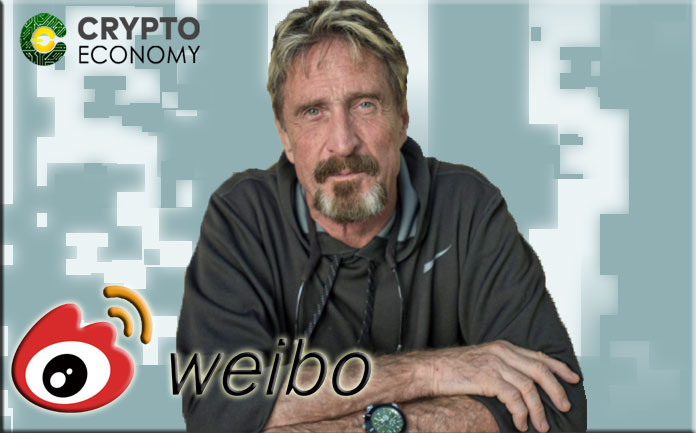 The controversial tycoon and cybersecurity expert, John McAfee, announced the creation of his profile on Chinese social media Weibo, apparently to reach out cryptocurrency investors in the Asian giant.

The businessman – as usual – made the announcement via his official Twitter account, comparing this social platform with Weibo and commenting on the amount of active users in this channel, which goes over 400 million active profiles. His tweet reads:

“I am joining China’s version of Twitter @SinaWeiboI and look forward to making Chinese friends. This would not be possible without @_blockandchain_ and colleagues. Thank you Mia!”

McAfee got help from crypto enthusiast and member of Asia Crypto Today, Mia Tam, in order to get his new account running smoothly.

According to several experts, his desire to reach crypto investors in the Chinese market could be only rumors based on speculations, a characteristic the entrepreneur takes advantage off with the tendentious use of social platforms and that has led the headlines due to his particular way of sparking debates. 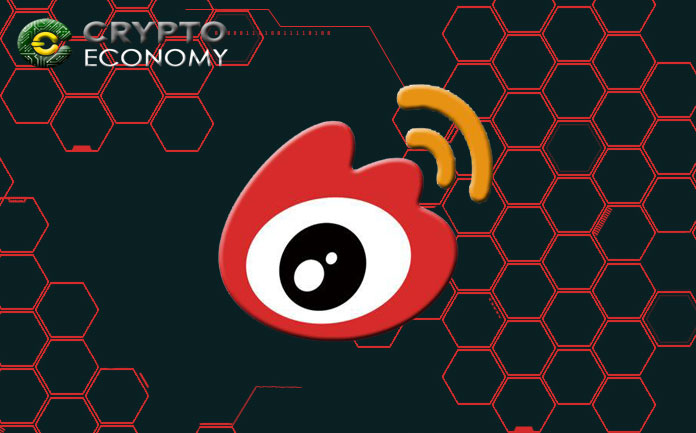 For example, on July, he offered a $ 100,000 prize for anyone who can spot any security flaw in his cold wallet – a product born from his alliance with startup BitFi – only to increase it to $ 250,000, which can only be claimed if successfully hacked the wallet and retrieve the preloaded Bitcoins (BTCs) in it.

As a result, several hackers and computer adepts reported having achieved the goal of McAfee, with the discovery of an exploit that grants root access to the device, allowing to be used in a way not intended originally, such as a videogame platform.

Despite his commitment to the market of the millennial country, chances are, McAfee will have to bust several obstacles when attempting to speak of cryptocurrency publicly on Weibo, due to the ban imposed to these digital assets in Chinese territory.

The government of China is reluctant to have anything to do with cryptocurrencies, prohibiting them and punishing anyone who dares to make transactions with them, within the nation. Just as other financial institutions and governments around the world, though, they consider that the technology behind has great value – hence the numerous projects regarding blockchain technology.

Whether McAfee becomes successful in the social media, or not, it is something that remains to be seen. The truth is that the billionaire’s interest in investing in the technology that, according to him, has contributed to solve day-to-day problems, more specifically in the supply chain area and, of course, the endless possibilities of applicability of smart contracts.

0
Crypto companies are halting their operation for Chinese mainland clients following the recent announcement by the People’s Bank of China (PBOC) that puts a blanket on crypto-related transactions and off-shore exchanges.
Read more
Bitcoin News