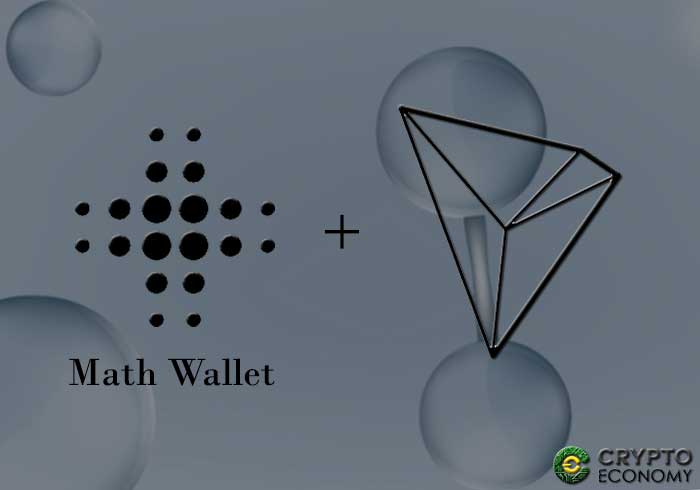 Math wallet, a digital currency wallet which was established and owned by Medishares, has listed Tron [TRX] as part of its services. The update came in to complement Medishares’ upgrade of Math wallet to the latest Math wallet v1.9.0.

Although Medishares is mostly a new name to most cryptocurrency traders and investors, Medishares prides itself in being the first global mutual insurance marketplace based on blockchain technology.

The platform furnishes users around the globe with the ability to be part of a mutual aid scheme by buying its token (known as MDS) which is then used to fund a smart contract.

As outlined by Tron’s CEO in the announcement, Math wallet has expanded its reach to accommodate TRO TRC10 and TRC20 tokens. In addition to having Tron and associated tokens on board, Math wallet has also reinforced is feature profile to enhance the wallets functionality with Tron’s blockchain.

Users can now choose to activate or deactivate Tron power through the “freeze” and “unfreeze” functionality buttons, which can also be applied on various Tron Daps and the Tron DApp browser. It also features a form of resource library known as a DApp center which provides ranking for available Daps, in collaboration with a decentralize DApp store known as Spiderstore. This means that users can easily access various Daps from the wallet with a high degree of control and functionality.

Tron’s addition to Math wallet presents yet another manifestation of the blockchain’s commitment to making progress through efforts geared towards mainstream adoption. Recently, we saw Tron being added to several cryptocurrency exchanges such as koinecks, as well as several leading wallets and apps such as Getscatter.

To end with a brief outlook on the markets, Tron is still suffering the effects of the bear market as the current market price lingers around $0.0135 USD thus representing a 15.48 drop for the past 24 hours. The 24 hour volume is set at around $61. 8 billion whereas the market cap sits at $889 million USD.