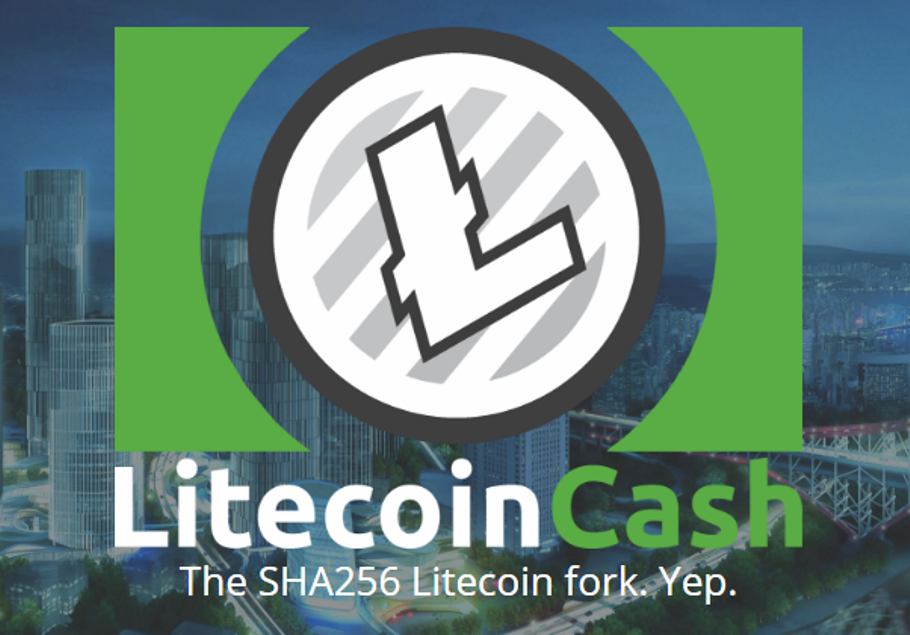 In the development of a cryptocurrency, a series of situations can occur according to their growth both in transactions and in acceptance in general. One possibility is that such cryptocurrency will experience a bifurcation, as has already happened to Bitcoin on several occasions, and even to Ethereum. Now it seems Litecoin’s turn and on its announced hard fork known as Litecoin Cash.

This announced fork will give all current Litecoin holders an equivalent compensation of 10 to 1 of LCC – acronyms of Litecoin Cash -, and Litecoin Cash will revert the algorithm to SHA-256, in the same way as it happened with bitcoin at its time. The hard fork has been announced on the official Litecoin Cash website to take place on February 18.

On other occasions we have talked about each Bitcoin fork, and we have even published a tutorial on this subject – see What is a Bitcoin Hard Fork – however, it is good to remember that a hard fork is an intentional fork in order to update or redesign the code. This can have different results; from an extension of the size of the blocks to a change in the rules of the system, and the software derived from it will be incompatible with the previous versions.

According to the publication that the developers of Litecoin Cash made in the Bitcointalk forum on February 3, the team behind this bifurcation will create the fork at the block height of 1,371,111. Anyone who has Litecoin will then receive ten times that amount of Litecoin Cash.

However, in the crypto community the question arises with justified reason about why this bifurcation? 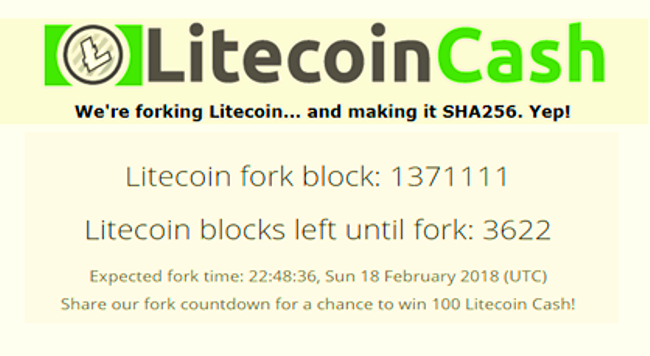 There are those who could argue that Litecoin has nothing to do with the Bitcoin mining method, since Litecoin is based on the Scrypt ASIC, and on the other hand Litecoin has certainly not had to face bottlenecks in speed and volume of its transactions, as well as the high processing costs, among some difficult aspects that have been seen with Bitcoin and that have justified all or part of the bifurcations experienced by Bitcoin.

What is seen as a first impression, is that this hard fork was not developed to solve a particular problem that affects the crypto community in relation to Litecoin and, instead, it is only for miners with SHA -256 mining equipment.

In the cited BitcoinTalk publication you can read an explanation to that why, and here we quoted textually: “There is no fast, cheap SHA256 coin with good difficulty adjustment. SHA256 miners have little practical choice of hashpower destination, and if they do mine blocks they’re being paid in a currency with 10 minute block times.

We believe we can offer an excellent SHA256 coin for general usage. We love Litecoin, and wanted to give something to the brave hodler community. With everyone else too busy forking Bitcoin, we decided that the Litecoin blockchain was a perfect means of intial distribution for our coin.“

Although the developer team behind this fork is relatively anonymous, the team claims a commission of only one percent for the new fork.

Until now this hard fork does not seem to have any significant advantages over the actual Litecoin. For now this is perceived as a strange attempt to get cash, and not an attempt to really achieve anything particularly significant, however only time will tell.

The team of developers behind Litecoin Cash will have to do much more than just change the algorithm and increase the supply ten times so that the community has a reason to seriously consider it, or worry, or even accept it and take care of its massive adoption.