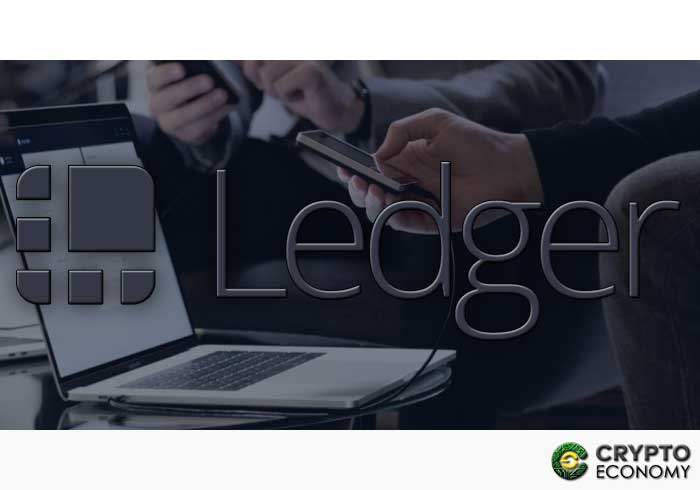 The hardware wallet manufacturer Ledger intends to expand its support the stablecoins in all its products and services, including Tether (USDT).

Representatives of the hardware wallet company with headquarters in Paris and San Francisco, plan to add the digital currency pegged to the US dollar to its institutional vault service. Even Ledger Nano and Ledger Blue, two of its storage products are already compatible with Tether.

In addition to USDT, Ledger also plans to add other stablecoins as part of an expansion strategy for its custody business, in order to support more than 100 different tokens by the end of 2019.

Tether, is a digital currency notable for its controversy, since there is no evidence to show that it actually has the dollar reserves they claim to have. Recently, eyebrows were raised when it was learned that more than 500 million USDT were burned from Tether’s wallet to stabilize its price.

However, according to the newly appointed Ledger’s head of operations for the Asia-Pacific region (APAC), Benjamin Soong, demand for the USDT continues to escalate in that continent, which is why they will continue to use the crypto asset.

“One thing that is slightly unique in China and South Korea is the demand for USDT, probably since both of those countries have capital controls, in terms of their ability to move currency out of the country,” Soong said.

Asian markets are responsible for about 30% of Ledger’s hardware sales. Due to this, the company has decided to open a new office in Hong Kong in order to continue the monitoring of transactions takin place in the Asian continent. At the same time they are evaluating the possibility of establishing satellite offices in Japan and Singapore.

In this regard, Soong said that investors in the region tend to feel more comfortable with fiat-pegged currencies or assets that reflect traditional capital markets.

For his part, Ledger’s president Pascal Gauthier said that a new headquarter, along with the experience and knowledge Soong has on the region, will help Ledger to capitalize on future opportunities.

“The APAC is a key market that has experienced an increase in demand. We are confident that we can offer maximum security to both consumers and financial institutions to protect their crypto assets”, Gauthier stated.

Based in features such as ease to use, levels of security and services offered, Crypto-Economy analyzed the 6 best Bitcoin Wallets of the year, in which Ledger Nano figured among others, thanks to its comfortable and secure way to store more than 30 cryptocurrencies.

Therefore, despite the dubious reputation of Tether, Ledger and its products continue to grow in the Asian continent and in the rest of the world.