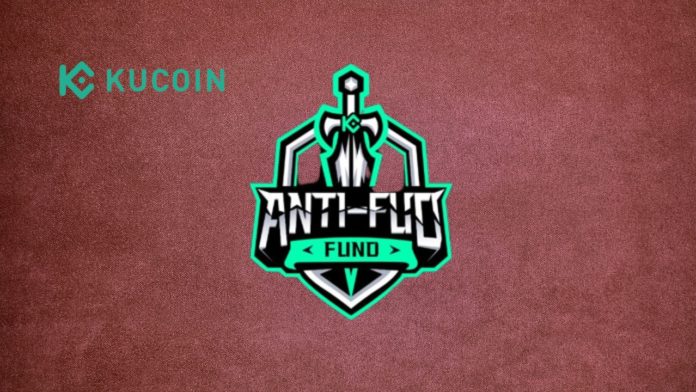 In a series of tweets, Lyu, claimed that the “Anti-FUD Fund” will track down and potentially take legal action against “FUDers” and enlighten its global community of crypto users to analyze misleading and false information. The CEO is also mulling over its decision to incorporate a decentralized FUD tracking and verification platform where everyone can tag and report FUDers. Lyu explained,

“The spread of FUD and panic harms projects, users, and the industry. Those actions must be held to account.”

(1/5) FUD benefits no one except the FUDers. It misleads investors and harms the industry’s image and market confidence.

To build a crypto space with less FUD, #KuCoin is going to launch an Anti-FUD Fund.

Currently, the fund will mainly focus on…

Misinformation Destroys The Value of a Market

We will leverage our global community in over 20 languages to deliver knowledge, including what is FUD and how to distinguish it, etc.

According to the announcement, the Anti-FUD fund will be categorized under three parts. The first being education, which will impart knowledge to crypto users globally, including what is FUD and how to identify it through online and offline means.

Secondly, the fund will also motivate and acclaimed industry leaders and influencers who are responsible to deliver trusted information to their audiences and help their followers avoid misinformation. Last but not the least, the fund will seek to effectively trace and potentially take legal action against individuals who “intentionally spread FUD.”

Recently, in an interview with The Indian Express, Lyu specified that people who spread rumors should be held accountable for their words, as they can affect the market. In addition, he believes that the emerging Web3 technology can solve the issues relating to traceability and accountability. Lyu said,

“Web3 has been one of the most trending terms in the 2022 tech scene and it will be the next iteration of the internet based on blockchain technology. With Web3 being a strategic focus, KuCoin conducted this global survey to understand how people think about Web3 as a career option.”

(4/5) Thirdly, effectively trace FUDers who intentionally spread FUD and take legal actions against them if needed.

The spread of FUD and panic harms projects, users, and the industry. Those actions must be held to account.

FUD That Led to the Creation of the Fund

The anti FUD fund seems to have been triggered by the latest KuCoin insolvency rumors. The rumors that floated through a tweet from a now-deleted Twitter account of Otteroooo, on July 23. The tweets claimed to have access to insider information that pointed to the crypto exchange insolvency and could halt withdrawals.

On July 2, Lyu was entangled in a heated spat with the whistleblower rebutting the rumors and described them as ludicrous. He went on to share a blog post revealing the full conversation between him and Otteroooo, which revolved mostly around wLUNA and whether the exchange had LUNA exposure.

0
Nuri GmbH, a German cryptocurrency exchange, has just filed for insolvency with a Berlin court due to the "current challenging market developments and subsequent...
Read more
CBDC

0
In a new study, financial services giant, Wells Fargo, revealed that the innovation of cryptocurrencies and digital assets are the cornerstone of sustained economic...
Read more
- Advertisment -
Posting....