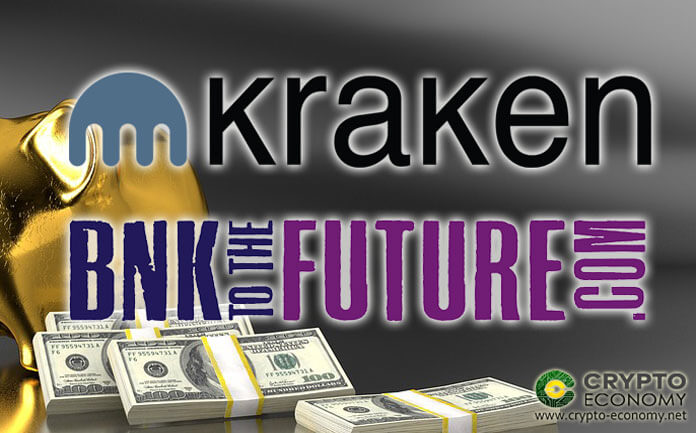 Leading America-based cryptocurrency exchange Kraken is on a bid to raise $15 million through a tokenized equity sale round that is open to a faction of its users.

The faction includes accredited investors, i.e., those with a net worth of at least $1 million and annual salaries in excess of $200,000 and sophisticated investors. The second group of investors is being vetted through a random questionnaire method where the investor is asked random investing questions to gauge their knowledge about investing. The second method was necessary for achieving fairness to all investors and also provide an opening for investors not located in the US jurisdiction. All investors have a minimum purchase limit of $1,000.

Kraken offers its services to a global audience and it would have been a shame not to offer its shares to its global users who may have been interested in acquiring the company’s tokenized stock. To achieve its purpose, Kraken sought the services of Cayman Islands-based platform BnkToTheFuture to help in the vetting of accredited investors and fundraising. So far, the fundraiser has attracted 850 investors (as of press time) who have collectively bought shares worth €8.2 million (approximately $9.16 million) in a span of two days. The exercise is allocated a month, however, it seems that the interest of the investors is higher than anticipated and the fundraising goal may be reached sooner rather than later.

Bnk to the Future is a little known online investment platform backed by big names including Sir Richard Branson and Stephen Corcoran, the head of the Bitcoin Capital Forum. The platform allows qualified investors to participate in the sales of alternative financial products that also include shares of companies affiliated with crypto businesses such as Payward Inc., the parent company of Kraken.

Back in December, Kraken attempted to raise funds at a $4 billion valuation, a target that proved to be a little out of reach considering that the market was in a brutal bear market. However, the company reportedly raised $100 million earlier this year. The company has reported 2018 trade volumes of more than $85 billion from its 4 million registered users. The company has previously touted itself as the second biggest cryptocurrency exchange outside of China supposedly behind Binance.

However, some investors have expressed their reservation about Payward Inc. So far the company has never revealed its financial statements to investors and most are speculating that the company could be having huge liabilities in its books. One of those being the purchase of Canada’s oldest crypto exchange Cavirtex, whose purchase was followed with a class-action lawsuit from the Canadian exchange’s investors after failing to honor an agreement to repurchase the exchange’s shares back from the investors at an amount that was 4 times the market value of the shares. The investors are yet to be compensated and therefore the Payward is keeping this debt in its books since 2016.