Home Reviews Komodo AtomicDEX,  How is it different from the rest of DEX?
FeaturedReviews

Komodo AtomicDEX,  How is it different from the rest of DEX? 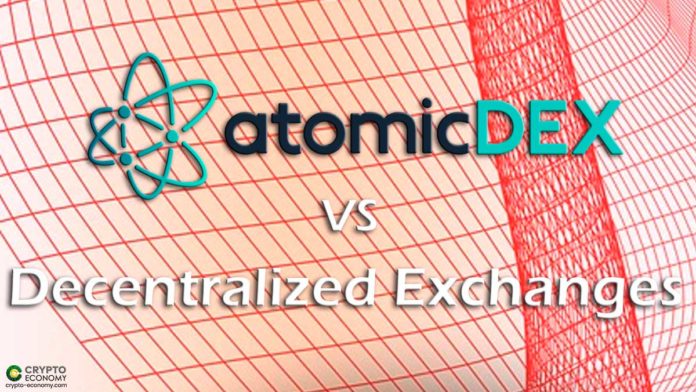 The first cryptocurrency exchanges were centralized, and in a sector that struggles for decentralization this is something that was not going well.

This centralization brought several negative points that, thanks to the decentralized exchanges, will be corrected.

One of these negative points that decentralized exchanges have is that once they pass to the exchange wallet, the user loses control of their assets.

In addition, CEX stores a large part of user funds in cold wallets, which are guarded by people or sometimes just  person, which can be a problem.

Add to this the different commissions, the need to complete KYC for its use, waiting times between the deposit and confirmation, and especially the hacks.

Centralized exchanges are targeted by hackers and everyone knows how many related events have occurred during these years.

But not everything in centralized exchanges is bad, thanks to them the world of cryptocurrencies has been able to grow and evolve.

Thanks to DEX many of these problems will be solved such as centralization, since as their own name indicates these exchanges are decentralized.

Other benefits of these DEX are its greater speed, transparency or resistance to censorship by laws and governments of different countries.

In addition, thanks to the atomic exchanges that some DEX use, the tradeable number of pairs will almost be unlimited, since it can be passed from virtually any cryptocurrency to another, without the need for intermediate exchanges as in the current CEX.

Taking as reference the comparison made by the Komodo team on the 8 best DEX, we can see.

First, that many of the exchanges that claim to be decentralized, really are not, since they only meet some of the necessary characteristics.

One of the data to take into account to differentiate a DEX and a CEX, is that the funds in a DEX will always be under the control of the user, a transaction must never be made to the wallet of a DEX in order to operate.

Other points to highlight are the common problems that appear when something is starting and decentralized exchanges were not going to be free of small problems to polish and improve.

The greatest of all according to our point of view is that these decentralized cryptocurrency exchanges work only with ETH and its tokens, so they greatly restrict a fluid trade between cryptos.

Another problem as we have already mentioned is the lack of total decentralization, many of these DEXs have a centralized part.

“AtomicDEX is a third-generation decentralized exchange, developed by the Komodo Platform team. The AtomicDEX website states that it is an “agnostic atomic exchange DEX of mobile native assets.” “, they state on the Komodo blog.

Given the most common problems that we can find in most DEX when making cryptocurrency exchanges, let’s see how AtomicDEX solves them.

AtomicDEX in an exchange without permission, which uses a network layer that allows you to trade digital assets without custody, secure and totally equal to equal, so that the part of the decentralization and custody of cryptocurrencies is covered.

In addition, thanks to its atomic exchange, users can switch from ETH or ERC tokens to BTC or other UTXO-based assets. This removes the restrictions that other DEX have when making cryptocurrency exchanges and multiplies the available options.

Decentralized Exchanges are the future, and CEXs must follow that path if they want to remain in the ecosystem.

For this to happen and the DEX take their rightful positions, the different platforms must continue working and optimizing their services. Seeing the big picture there is no doubt that this work is being done very quickly and professionally.

In addition to this, if it offers atomic exchanges between chains it will give extra value.

0
Staking is one of the attractive use cases of cryptocurrencies that acts as a financial incentive for regular users, too. Many platforms provide staking...
Read more
- Advertisment -
Posting....