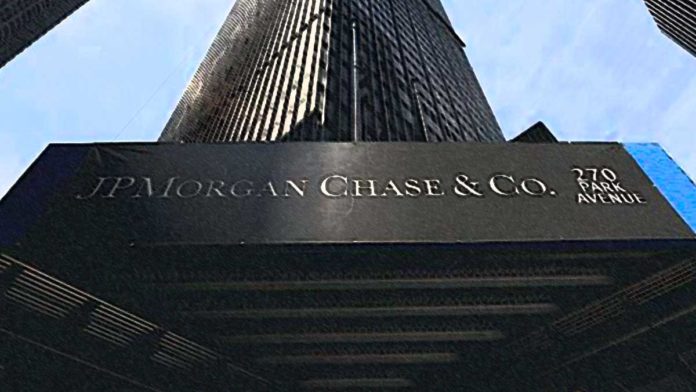 Has JPMorgan finally turned bullish towards Bitcoin? According to a recent report from Bloomberg, an executive commented on the cryptocurrency’s market state and stated that investor adoption of Bitcoin has only just started. Such a view is completely opposite from what we have seen in recent years from JPMorgan.

Bloomberg reports that the bank’s quantitative strategist Nikolaos Panigirtzoglou believes that the money from gold’s market exited and flowed into Bitcoin. The trend apparently started in October and continues to this day.

The strategist believes that the trend may resume on higher timeframes as institutional investors finally accept cryptocurrencies and move into the digital market.

According to Nikolaos, the adoption of bitcoin by institutional investors ‘has only just begun.’ As such, it may truly happen that high-level traders who were already exposed to gold have now become interested in other ventures.

Data shows that $2 billion have entered the Grayscale Bitcoin Trust since October, the highest valued BTC fund in the world. On the other hand, JPMorgan notes that $7 billion exited its ETF backed by gold.

Institutional investors have always acknowledged Bitcoin’s existence and the future that it may offer. But due to its notorious reputation and quite a volatile market, investors were so far reluctant to participate in the crypto market.

Nevertheless, the recent interest in cryptocurrencies brought on by corporate giants such as MicroStrategy, Square, and Grayscale has completely revived all interest. With that in mind, can we expect JPMorgan to join the party as well?

JPMorgan has shown a considerably negative attitude towards Bitcoin. CEO Jamie Dimon stated earlier in November that ‘Bitcoin is not his cup of tea,’ revealing his intentions not to invest. By the end of the month, digital gold has progressed far in terms of price and even managed to surpass the bank’s market cap.

We have seen far worse statements from Dimon a few years ago when Bitcoin traded at similar price levels as today. During the bull run of 2017, the JPMorgan CEO called Bitcoin a fraud during an investor meeting and compared it to the Dutch tulip mania.

Will we ever see the bank change its mind about Bitcoin or will it forever stay against disruptive assets? Despite their negative opinion of crypto, the bank still remains interested in blockchain technology.

Near the end of October,  JPMorgan announced that its JPM Coin is used for the first time by a large technology firm. The bank’s blockchain division counts more than 100 employees who have worked hard on a native digital asset for the past couple of years.

If the financial institution is truly serious about offering its own crypto token to the world, then a conflict of interest may be the reason behind its negative view of Bitcoin. Whatever the case is, we see in the end that smart money is completely indulged in the leading cryptocurrency and that a new bull phase finally began.