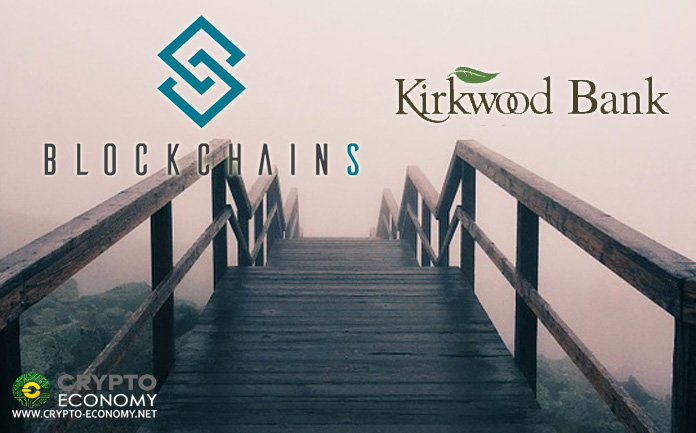 In his dream of providing a gateway to the traditional financial industry Jeffrey Berns has bought Kirkwood Bank of Nevada. Per the press release, the latter will act as the link between the financial world and the cryptocurrency sector.

“For me, the bank is a form of security to ensure me and Blockchains have a reliable gateway to the financial system.” Said Berns. “However, that not it all, through the bank we can create an environment where stakeholders in the crypto sector running businesses have a bank that understands them and isn’t fearful of the innovative sector.”

Furthermore, according to the release, Berns believes traditional financial sector is incompatible with his ambitious plan of having a distributed decentralized blockchain based ecosystem. Although some financial institutions are currently running trials to see how blockchain will help revolutionize business in their sector, they are hesitant. Berns explained further and said;

“Banks are reluctant to go full blown on experimenting with blockchain because they fear the sector might make them obsolete if it takes off.”

Although Berns now owns Kirkwood Bank of Nevada, the bank’s operations will remain the same. First and foremost, he intends to keep the Blockchains.com and the bank separate and did that during the acquisition process. To acquire Kirkwood Bank of Nevada, Berns used a different holding company and paid $28 million. At the moment only bank holding companies can own a bank hence Berns decision to keep both entities separate. However, that’s not the only reason. For Berns, he plans on giving part of Blockchains ownership to users through decentralizing its ownership, but he has great plans in the pipeline.

Berns hopes to integrate several ideas to combine workings of the two entities. His plans include the opening of a Northern Nevada branch. Furthermore, he also plans to craft a contract that will give Blockchains the power to develop blockchain-based applications for the bank, together with its customers in the financial technology sector.

Similarly, Berns also hopes to roll out an initial financial product offering through the bank come the third quarter of the 2020 fiscal year. Although he paid $28 million 3 million of the amount paid is for investment.