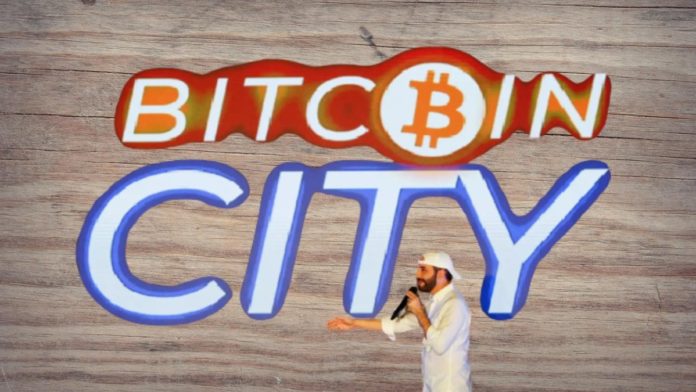 Since, El Salvador began accepting Bitcoin as legal tender, its much-awaited “Bitcoin City” is still a deep woodland. Following a controversial decision, President Nayib Bukele, hasn’t been able to keep his promises of developing the country into a tax haven for crypto investors. As Bitcoin’s value shrank almost 60% since last year, some experts say El Salvador’s move has been a failure.

A year ago, El Salvador began accepting Bitcoin as legal tender. All seemed rosy for the first few months as citizens enthusiastically embraced the new opportunity. President Nayib Bukele promised that the “Bitcoin City” would be a tax haven for crypto investors and miners equipped with an airport, residential and commercial areas, and a central plaza designed to look like a bitcoin symbol from the sky.

However, troubles began soon after the digital asset plunged to new lows. Bitcoin (BTC) has dipped under $20,000 for most of this September. According to Reuters, a team had recently visited the Bitcoin City on the side of Conchagua volcano on the Gulf of Fonseca on the southern coast of El Salvador. But to their utter dismay, they found no heavy machinery, construction workers, or raw materials to indicate any progress towards building this Bitcoin city.

Rising inflation, increasing Fed interest rate and geo-political pressure across the globe have created strong headwinds for crypto and the broader financial market alike. The dizzying downturn of the recent market crash has sparked a palpable panic among investors stirring up fears of a recession. Bitcoin (BTC) has since lost nearly 70% in valuation.

As per analysts, these factors have caused a set back to El Salvador’s Bitcoin (BTC) experiment as it is an extremely poor country. Thus, the cascading crypto market has alienated investors slowing down development of Bitcoin city. Oscar Picardo, a professor at Francisco Gavidia University said,

“This experiment has been very risky, too risky for a poor country. It has been seen that bitcoin is a very speculative, highly variable financial asset.”

Bitcoin’s devaluation seems to have hit the country hard. Maria Aguirre, a shopkeeper in the El Zonte seaside resort that has been a major center for Bitcoin use, suggested things were going well last year as Bitcoin’s value rose. But problems started as the world’s largest cryptocurrency started falling. Aguirre added,

“But over the last five months it’s been only falling causing distress to businesses al over the country.”

University student, Carmen Majia, said she used Bitcoin in the beginning “but given how things are going, now I don’t trust it and I uninstalled the application.”

However, the Bukele government has defended doubling down on bitcoin including the acquisition of 2,381 bitcoins, assuring it is a long-term plan. The government also claimed the bitcoin policy has attracted investment, reduced bank commissions to zero, increased tourism and promoted financial inclusion. Bukele was going to issue $1 billion in Bitcoin bonds to bulid the Bitcoin city.

Experts suggest that the adoption of Bitcoin has complicated El Salvador’s attempts to secure a $1.3 billion loan from the International Monetary Fund, which had urged against the move. Faced with a warning that the country could default over its public debt that has surpassed 80 percent of GDP, Bukele announced in June a plan to buy back bonds due to expire in 2023 and 2025.

The International Monetary Fund (IMF) has called on El Salvador to reverse bitcoin’s status as legal tender citing financial, economic and legal concerns. It is believed Bitcoin city’s future looks bleak since the issuance of the “Bitcoin Bond,” which Bukele said would support the city’s construction, has been postponed following the cryptocurrency crash.

The IMF's board urged El Salvador to strip Bitcoin of its status as legal tender in the country, citing risks to “financial stability, financial integrity, and consumer protection” https://t.co/Uwiu5vhVA7

The citizens of El Salvador also claim that their Bitcoin has been disappearing from the government-introduced Chivo wallets. Chivo is a crypto wallet for citizens to facilitate transactions in Bitcoin. In the past few months, large banks and merchants within the country have increased acceptance and credit functionalities leveraging the Chivo wallet. In a statement, Diego Jozue, a resident of Sal Salvador, the capital city of El Salvador said,

“One day my father told me he couldn’t access the wallet and that’s where I found his account was suspended. I called the customer support channel which informed me that my father has to personally go to a Chivo point and get assistance from one of the people there. But to date, the account is suspended.”

Jozue explained that most Salvadorans don’t use Bitcoin for daily transactions. He argued there hasn’t been any impact on the families’ economy whatsoever. Jozue continued,

“Using Bitcoin as currency does not give Salvadorans an advantage over cash or digital money (debit/credit cards), besides getting the $30 bonus.”

According to statistics from the The Central Reserve Bank of El Salvador, between September 2021 and June 2022, the country received nearly $6.4 billion in remittances and less than 2% was transferred by digital cryptocurrency wallets.

It looks like El Salvador’s winding and intricate Bitcoin journey has to face the initital hiccups before the completion of Bitcoin city. As long as El Salvador doesn’t sell their BTC, there’s no loss. There are just market fluctuations.