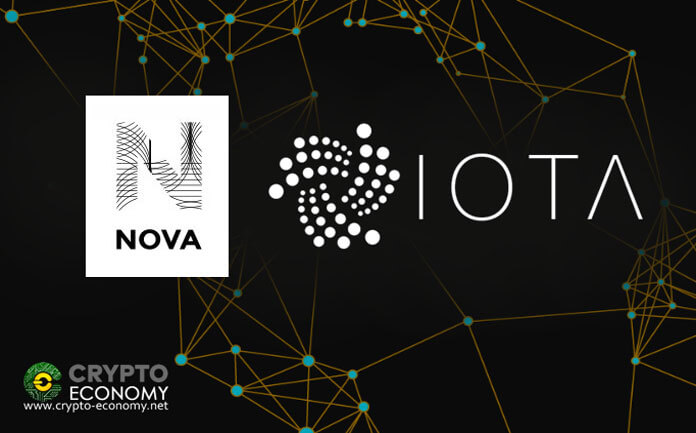 IOTA that is powering cryptocurrency MIOTA has recently announced that his foundation has partnered with NOVA a company that assist new startup in their development.

Via a press release, NOVA stated that their recent partnership with IOTA foundation aims to facilitate access to funding for companies mainly focused on blockchain technology, in order to nourish startups that bring new features and improvement to the industry,

On the same page, IOTA foundation wishes for his part that this partnership will encourage more startups to considerate Tangle powered protocol that is stated by the IOTA cofounder Davids Sonstebo as more effective than Blockchain

NOVA is not the first time that it helps the most promising new startups to grow when they are at their early ages, the Liverpool-based company has reportedly co-founded over 80 startups and a great majority of those companies have been reported active over three years and also they have a great chance of survival as press said that they have a 10 percent chance to survive after they have been created.

The new partnership between the IOTA foundation and NOVA has for fundamental goal to fund newborn startup using IOTA as a vessel through the IOTA’s “cofoundery” program on the NOVA’s platform, Andrew Dean, a representant of NOVA said that IOTA is behind some of the most exciting tech development and that their task was to bring them to the market.

This program contains many functions to help those selected company to find their way in the industry, indeed, the program will provide those startup access to the NOVA mentoring program, a team of startup expert but also technical development, marketing, and design assistance for the startup that are powered by the Tangle protocol.

IOTA foundation a platform that is promoting smart city is launched since 2014, it already made great improvements on his platform and sealed many important partnerships. NOVA for his part is not unknown in the industry as a funder for the platforms that are new in the industry, however, this new partnership with NOVA could really bring some greats changes and opportunities for the startup that are trying to grow.

0
IOTA published details about the migration process for tokens to the new Firefly wallet. A new announcement is posted that describes the necessary steps...
Read more
Bitcoin News

0
The first public version of IOTA's newest wallet is now live. Firefly is the new wallet for IOTA Chrysalis that is now ready in...
Read more
- Advertisment -