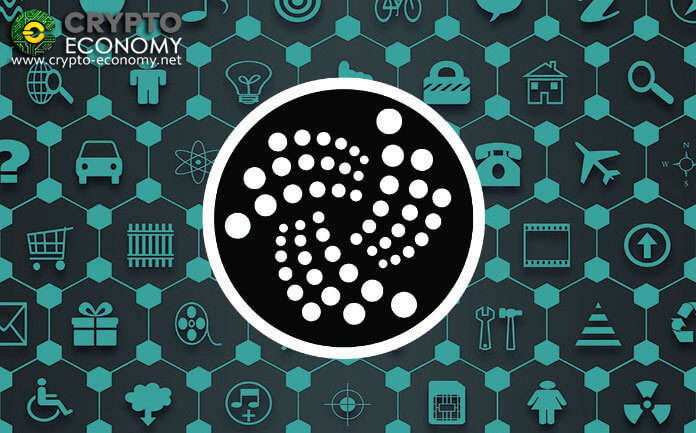 Have you thought about how the next industrial revolution might look like? The fourth industrial revolution? Here’s an idea – autonomous cars, smart devices like fridges and cameras, robots, driverless cars, etc. Yes, that’s just the tip of the iceberg. Well imagine the kind of infrastructure that will enable this new world order of automation driven by the internet of things. Well the internet is major part of that for sure and the next generation of internet -5G – is predicted to be an important aspect of that.

But the other important aspect is a medium on which all these autonomous agents will transact, like the modern-day marketplace where we humans meet to trade goods and services. Autonomous agents will need one of their own and the German-based blockchain organization IOTA Foundation anticipates this future. In fact, it is not just waiting on it, it’s building the infrastructure to make the next industrial revolution a reality.

IOTA Foundation in collaboration with some of its partners has introduced the first iteration of the Industry Marketplace. This will be the playing field of the IoT devices we suggested earlier. IOTA states that the new marketplace will “serve as a vendor and industry-neutral platform, automating the trade of physical and digital goods and services. Building on specifications developed by the Plattform Industrie 4.0 (Germany’s central network for the advancement of digital transformation in manufacturing).”

That may be a mouthful of mumble jumble but here’s a simpler version – it’s a platform built atop the IOTA blockchain that will be run by smart contracts and enable the trade and exchange of goods and services across multiple industries in the forthcoming industrial revolution.

The foundation has partnered with [email protected], Neoception, Otto von Guericke University Magdeburg, Helmut-Schmidt-University Hamburg, and WeWash to make the platform a reality. Not limited to the manufacturing sector alone, the new marketplace will be applicable to every other industry that’s ready to be automated such as smart cities, energy, mobility, and connected vehicles, among others.

It’s an interesting world out there and soon you will start seeing these applications get into the real world. Driverless cars are slowly becoming a reality (tech giant Google is making sure of that.) Smart fridges are already in some people’s homes especially in the developed countries, but so far have limited capabilities like they require the intervention of humans to work effectively so not too smart at the moment.

With the advent of the Industry Marketplace and other similar services, the next industrial revolution is beginning to take shape. So strap yourself on tight enough and enjoy the ride.

0
IOTA published details about the migration process for tokens to the new Firefly wallet. A new announcement is posted that describes the necessary steps...
Read more
Bitcoin News

0
The first public version of IOTA's newest wallet is now live. Firefly is the new wallet for IOTA Chrysalis that is now ready in...
Read more
- Advertisment -