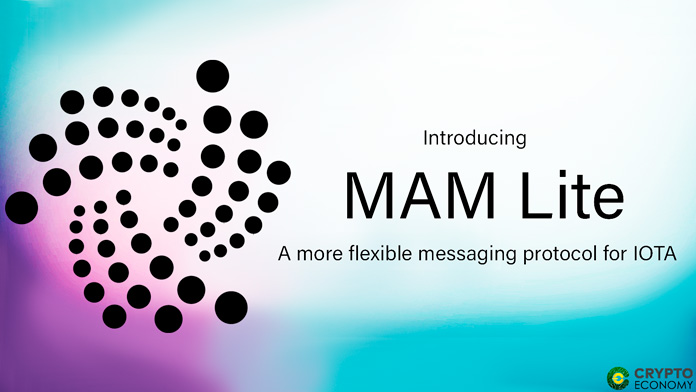 A new alternative messaging protocol has been launched for the IOTA platform to achieve new levels of flexibility and optimization that will enable to further improve the Internet of Things (IoT) the main focus of development of this crypto project.

Given that the IoT allows for devices to communicate and compensate with each other autonomously – by using a “gossip protocol” to broadcast transactions through the network – last year, IOTA implemented the Masked Authenticated Messaging (MAM) protocol.

MAM, which is run as a layer-two data communication protocol that adds functionality to issue and access encrypted data streams, also provides integrity to these streams and allow them to be transmitted vía IOTA’s mainnet, Tangle.

However, it has certain limitations regarding the way in which the signatures are handled, as well as the author’s anonymity and visibility in a channel.

Therefore, to optimize this communication process, Samuel Rufinatscha – a member of the IOTA community who is also part of the IOTA Evangelist Network – has developed a series of changes and improvements to the protocol, compiling them in what he called MAM Lite.

The main addition of MAM Lite (MAML) is the public key cryptography that will allow the transmission of messages from several parties with both public and private sections.

This way, those involved in a message channel will remain anonymous, while third parties will be able to verify the messages. Samuel explains that:

“Every address in a channel is derived from its previous address. This uses a cryptographic hash function, which is just a mathematical algorithm designed to be unidirectional, so no user can see the history of an address.”

The use of additional channel identifiers and passwords guarantee confidentiality and protection against spam, according to the coder.

Since MAM Lite is based on forward secrecy and cannot be reversed, the data can be purchased or sold at different prices, instead of having buyers acquire access to a complete data stream.

MAML is easy to use, according to its creator. “I’ve also coded a [CLI], so everyone, even those who are not coders, can play with it, create their own channels and see how it works.”

However, since MAM Lite is a community project, it is unknown if it will be officially adopted by IOTA. 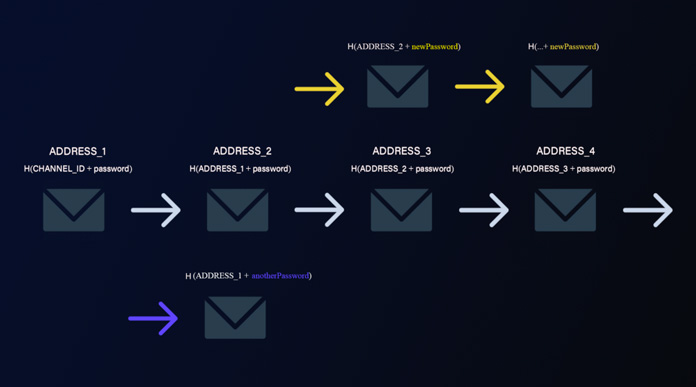 Other innovations on IOTA

Besides MAM Lite, there are other IOTA innovations such as local snapshots, which solve the network block size and enable nodes to run for years without maintenance, earning the possibility of processing thousands of transactions per second.

Another implemented innovation is the Abra programming language and reusable addresses, as well as its most recent collaboration with Ledger, thus expanding the potential of the platform.