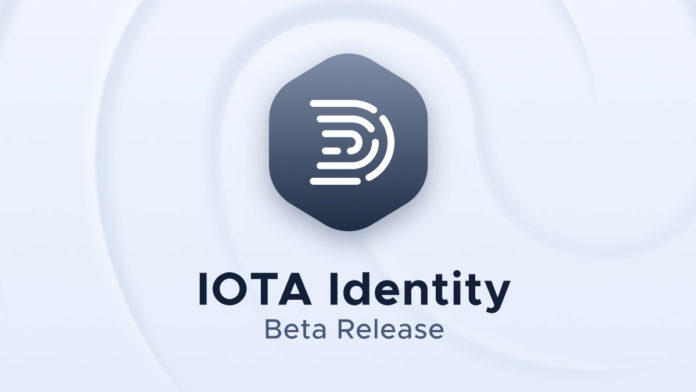 IOTA Foundation announced a new tool in the IOTA blockchain called Identity. The new product is now released in the Beta version. The current version has all of the features planned for the IOTA Identity.

The development community has added major upgrades to the product to make it ready for the version 1.0 release. The latest solution from IOTA developers provides services for managing and controlling digital identity in a decentralized manner. Using and sharing data in the new IOTA Identity is based on blockchain solutions.

Digital identity is one of the most conservative concepts in the tech world. Many users have criticized the way big tech companies use their identities. Besides, keeping this form of identity safe and improving it to become the only identity solution needs innovative tools and features.

Blockchain projects have worked on the concept a lot and provide solutions that help both end-users and organizations. The IOTA community has been busy working on a solution called IOTA Identity. The latest Beta version of this product is now ready and is feature complete, which means version 1.0 will be released soon.

IOTA says the Identity framework has experienced significant feature upgrades. According to the announcement:

“It includes several major milestones such as the upgrade to Chrysalis Phase 2, a simplified higher-level API including Stronghold support, and an initial implementation of the DID Communications messages based on the Decentralized Identity Foundation (DIF) standard and Hyperledger Aries work.”

The development phase of the previous version of the Identity framework focused on implementing W3C standards for Decentralized Identifiers (DID) and Verifiable Credentials. These features are upgraded too in the Beta version.

IOTA Identity focuses on creating and having full control over digital identity. It can be the identity of an individual, an organization, or even a machine. The framework plans to remove the need for intermediaries in identity management. One of the most important concepts in this solution is where it focuses on the identity of smart devices. As IOTA is fundamentally a blockchain for IoT devices, the solution helps those products connect and communicate with safer digital credentials. It results in more trust and easier data exchange in IoT networks.

IOTA Foundation says the IOTA Identity 1.0 will be released soon. But the development will not finish here. Features like privacy enhancements and identity agents are planned for development in the framework.