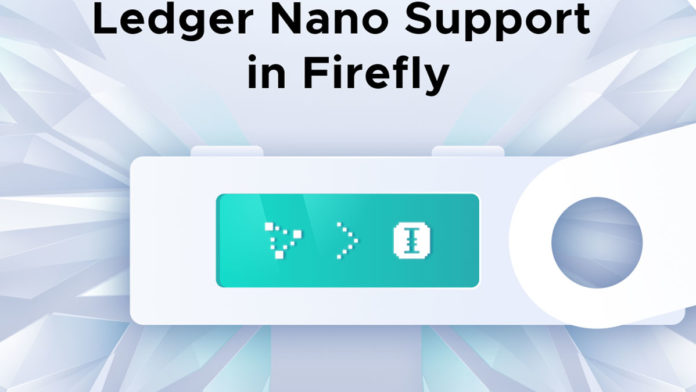 IOTA’s primary wallet, Firefly, now supports Ledger Nano. It means that Ledger users can now migrate their tokens to the Chrysalis network. It’s another strategic step toward the final changes in the IOTA network.

IOTA 2.0 will be ready in the coming months, and the components for experiencing the new version are becoming fully available. Migrating tokens to the new network are one of the most important steps that are getting ready via Firefly wallet.

IOTA community has been busy in the past months with developing and launching new versions of the network. Chrysalis was the most upgrade that happened a couple of months ago, demonstrating all of the new features we can expect from the final Coordicide version. Migrating the tokens to the new version became available for many users and now is ready for those who keep their tokens in the Ledger Nano wallet.

The new version of Firefly wallet will support Ledger Nano hardware wallets. IOTA Foundation announced that Firefly 1.0.0 is now ready for download for Mac, Windows, and Linux. Ledger Nano users who hold IOTA tokens can now migrate their holdings to the new Chrysalis network using Firefly. The new network offers more speed and reliability, according to the IOTA Foundation.

Firefly now supports USB for both Ledger Nano S and Ledger Nano X wallets. A group of 50 community members has tested the feature, but IOTA says users can send feedback for more improvements in it. According to the announcement, the migration from the legacy network to the new Chrysalis network:

“… involves moving away from addresses based on Winternitz One-Time Signature (WOTS) to reusable EdDSA addresses. These protocol changes also mean we need to migrate away from the old Ledger Nano app to a new one and from the old wallet, Trinity, to our new wallet, Firefly.”

The technical steps of the migration are hidden from the end-users. They just need to plug in their hardware wallet and follow the steps in Firefly to migrate their tokens.

Many of the IOTA holders have migrated their tokens to the new network. IOTA Foundation claims 1.3 Peta IOTA with a valuation of about $1 billion has been migrated. With the new support on Firefly, we can expect more holders to migrate to the Chrysalis network and increase this number. IOTA Foundation says the next important step for the Firefly wallet is its mobile version. The community surely needs a mobile version to be able to enjoy the full experience of the IOTA network.