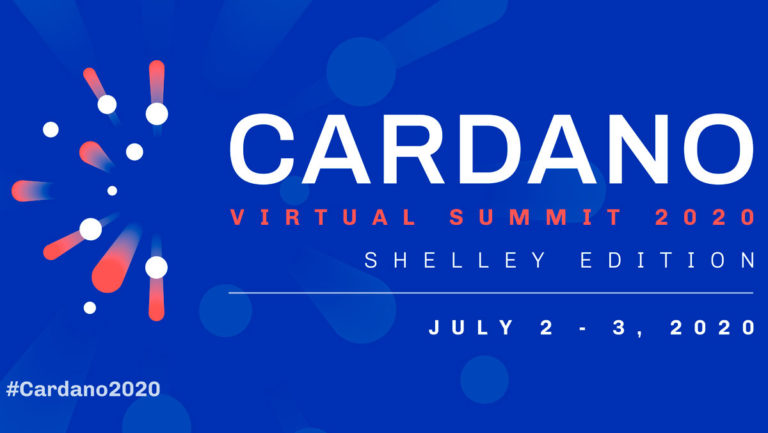 June 22 2020 – IOHK, Cardano Foundation, and EMURGO, the companies behind Cardano, the world’s first third generation blockchain, have announced the Cardano Virtual Summit – Shelley Edition, a virtual event which will take place on July 2nd and 3rd, in celebration of the launch of the Shelley phase of the blockchain’s development, which will bring full decentralization to the platform.

Following the recent announcement of the timeline for the Shelley roll-out, the partner companies will be holding the virtual summit to take a deep dive into the platform’s rapidly developing functionality and future use cases for the technology, as well as announcements regarding other exciting global projects in progress and under development.

Not only that, but one of the legendary ‘fathers of the internet’, Vint Cerf will be taking part in an unmissable fireside discussion focused on what he’d do differently if he had his time to design the internet again, aware of the near ubiquitous adoption the internet has seen in the intervening years. As well as other influential speakers to be announced over the coming weeks, senior decision-makers will be taking part in talks to discuss IOHK’s work to empower people across the globe.

As the leader in academic study of blockchain and the largest source of research on the topic, IOHK will discuss the peer-reviewed scientific research underpinning Cardano and the genesis of Ouroboros, the revolutionary proof-of-stake consensus protocol used by Cardano, that delivers the functionality required to solve some of the world’s greatest challenges, securely and at scale.

EMURGO, the investment arm working to boost the Cardano ecosystem, among others through investments into commercial ventures, will feature in sessions focused on the wide-ranging applications of the blockchain for global enterprises and governments. Discussions will also focus on the future of Cardano, led by Cardano Foundation, the independent not-for-profit with the responsibility of overseeing the long-term development of Cardano and its ecosystem. Experts and industry titans will also address key issues within the blockchain space, such as regulation, interoperability and the future of cryptocurrencies.

In the midst of the global pandemic, the blockchain industry is finding new and creative ways to stay connected and informed. The Cardano Virtual Summit will utilise the latest conference technology to bring together blockchain and technology experts and enthusiasts from around the globe for a series of engaging live discussions, as well as exclusive IOHK, Cardano and EMURGO announcements over the two-day period.

“The virtual summit marks a milestone in the development of Cardano, as we start the roll-out of Shelley, bringing decentralisation, with staking and delegation of ada to the blockchain.

“The launch of the delivery of Shelley brings with it the promise of a blockchain a hundred times more decentralised than Bitcoin and represents another step toward the full delivery of a decentralised, autonomous blockchain, with class-leading scalability, and interoperability.

With the unique abilities of the system having already been proven during extensive testing, involving over a thousand registered stakepools, this roll-out promises to deliver the world’s most advanced proof-of-stake based blockchain.

“Engaging with the community is at the heart of Cardano, and this summit gives us the opportunity to show them the new capabilities that the roll-out of Shelley will bring, and share our latest achievements as an ecosystem. We also look forward to updating them on our equally important other work.”

“As one of the co-founding entities of Cardano, we are excited to see the start of the roll-out of the decentralisation phase of the Cardano blockchain.

“Being able to bring the blockchain community together during a time of isolation is exactly what decentralization, and the Cardano community, is about and we are looking forward to sharing details of our work to support and develop the Cardano ecosystem at the upcoming summit.”

If you want to attend the summit, you can register for free and view the agenda here.