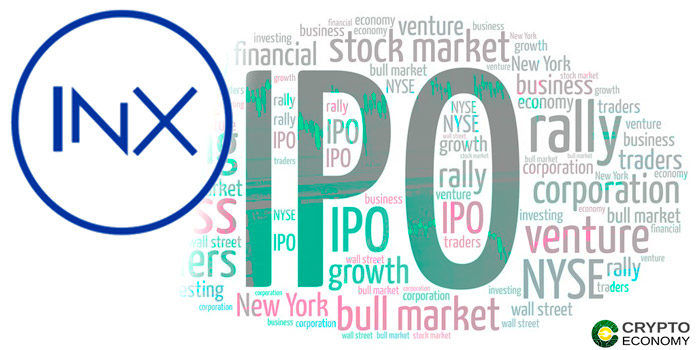 A cryptocurrency trading platform, INX Limited, plans to raise close to $130 Million through a security token Initial Public Offering (IPO) registered with the U.S. Securities and Exchange Commission (SEC). The figures for this IPO are currently the largest in the blockchain industry ever recorded.

In more recent news, INX filed a draft prospectus with SEC on 19th August intending to sell 130 million INX tokens. The tokens are based on Ethereum’s ERC-20-standard. Alan Silbert, who has relations to the current Digital Currency Group founder, Barry, will head the project. Silbert is a former commercial banker and has relevant experience considering that he ran a previous bitcoin startup, Bitpremier.

The board addressing this objective constitutes David Weild, the former vice-chairman of Nasdaq and Thomas Lewis, the former CEO of the predecessor company to TD Ameritrade. According to the draft prospectus, significant investors are coming in, including Mow and Charlie Lee, litecoin creator.

According to INX proposal, they will set up two trading platforms. The two platforms will differentiate between security and non-security/utility tokens. This said, INX’s token would allow its holders to utilize it on the INX Exchange as a payment mode for exchange fees.

While many may argue that, this concept is ironic because many issuers initially argued that their tokens should not be considered as securities because they had a utility.

In addition, INX token holders are entitled to a share of the company’s profits even though the investors will not be equity holders. According to a document provided by INX:

It is the Company’s intention that the INX Token Holders’ claim for breach of contract will be senior to the rights of the holders of the ordinary shares of the Company in liquidation.

Investors will obtain 40% of the company’s net cash flow from the company’s operating activities rather than being entitled as equity holders. Instead, they will be first in line before the company’s shareholders to be repaid for their investment.

Recently, the first round of EOSForce KuCoin upstake program was concluded on 7th August. It is evident that more coins and tokens projects are underway.

0
Rumor has it that Chinese cryptocurrency mining giant Bitmain is seeking to revive its quest to list its shares publicly again after an initial...
Read more
Companies

0
For a firm which was the leading manufacturer of mining rigs, the bearish market trend experienced in 2018 has caused devastating effects leading to...
Read more
CryptoCurrency News

DX.Exchange will launch a new trading platform for tokenized securities

0
DX.Exchange, the exchange that allows institutions as well as individuals to purchase and trade cryptocurrencies with fiat, is launching a new crypto platform that...
Read more
- Advertisment -