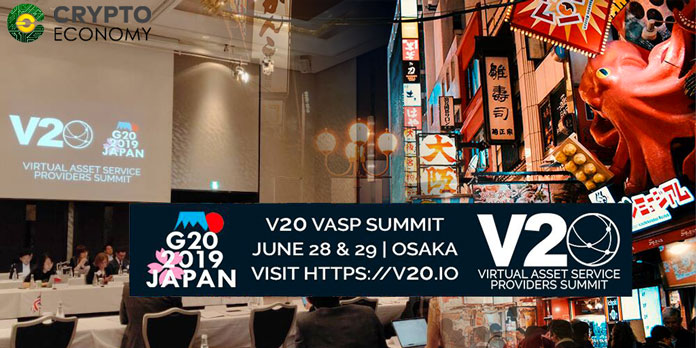 A group of national associations representing virtual asset service providers (VASPs) has signed an MoU that will establish a global association of VASPs that will champion the agenda of blockchain companies going forward. Convening at the inaugural V20 Summit held in Osaka Japan on Friday, June 28th and Saturday, June 29th, the associations agreed to come together in order to represent a globally unified voice for the virtual asset industry. The V20 Summit was held in parallel to the meeting of the G20 world leaders that have also convened in Osaka Japan on the same dates.

The meeting was convened in the first place to discuss a global regulatory environment and provide a new set of recommendations for the FATF task force. There was a group of policymakers as well as global dignitaries who attended the summit. Founder of the ADCA and convener of the V20 Summit Ronald M. Tucker said that:

We’ve brought everyone on the journey to create a new body that will assist in establishing a means to engage with government agencies and the FATF to ensure our best interests are understood and valued at an international level.

The MoU required the signatories to make a commitment to the following issues concerning the virtual asset industry:

Anson Zeall, the co-convener of the V20 Summit and Chairman of Singapore ACCESS commented on the signing of the MoU saying that:

With these new rules from the FATF, and in signing this MoU, we are coming together in the spirit of collaboration and entering into a new phase for the whole industry […] Further, this new agenda aligns with and strengthens our original mission to utilize the power of blockchain technology to deliver financial inclusion across the world.

0
Bitfinex announced some new listings and supports in its platform. The new listings cover multiple tokens from pNetwork and Aragon. As a result of...
Read more
CryptoNews

0
NEAR Protocol, a new sharding-powered PoS blockchain network that launched its unrestricted mainnet a week ago, will be the new home to Ethereum-based DeFi...
Read more
CryptoCurrency News

0
Bitcoin.com announced a new partnership with the privacy-focused web browser Brave. As a result of the new collaboration, Brave users can purchase cryptocurrencies like...
Read more
Chainlink News

0
As blockchain technology is being implemented in almost every industry across the world, blockchains are now required to process a large number of transactions...
Read more
- Advertisment -