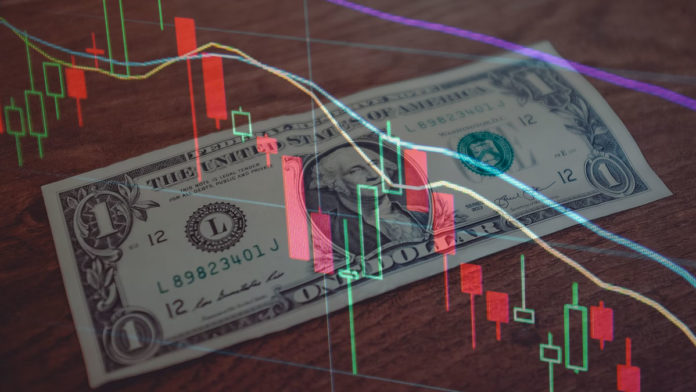 Crypto markets are about to experience another round of selling pressure, as well as more failures of coin offerings, including stablecoins, as forecast by the International Monetary Fund.

It was reported by Yahoo Finance in an interview with Tobias Adrian, Director of Monetary and Capital Markets at the International Monetary Fund:

“We could see further selloffs, both in crypto assets and in risky asset markets, like equities. There could be further failures of some of the coin offerings — in particular, some of the algorithmic stablecoins that have been hit most hard, and there are others that could fail.”

According to Adrian, in the event that a recession occurs, crypto prices will drop even further. A particular advantage Adrian sees for stablecoins backed by fiat is that more of them could have run in the future. This was the result of TerraUSD experiencing a run in May that ignited a bear market in crypto and led to Tether, the stablecoin backed by fiat dollars, breaking the dollar in value.

There is a belief among some fiat-backed stablecoin holders that some of those coins are backed by some risky assets. There is no doubt that the fact that some of the stablecoins are not fully backed by assets that are similar to cash presents a vulnerability.

Nevertheless, Adrian points out that some stablecoins are backed by real cash, and this makes them less susceptible to runs, and they have seen an increase in inflows. There has been a plunge in crypto prices, but the losses haven’t spilled over into the mainstream financial system in a way that was reminiscent of the financial crisis of 2008, even though crypto markets have plummeted as well.

In the IMF’s most recent report, the main headline was the fact that the Fund has once again downgraded its assumptions for global economic growth in 2022 amid soaring inflation and rising interest rates around the world.

To prevent regulatory arbitrage across countries, Adrian believes; nevertheless, there is a need for a globally based regulatory approach that protects investors and the financial system from the dangers of financial speculation.

It is Adrian’s opinion that existing securities laws should be enforced in order to ensure that crypto is treated as a legitimate investment and that the federal government should prioritize regulating the crypto infrastructure used by millions of investors.

0
Bluejay Finance announced raising $2.9M for their first round of investment amid the hard times in the market. There has been some uncertainty in...
Read more
Reviews

0
All stablecoins are believed to be backed by a real-world asset, such as a national currency or precious metal, which is a good assumption...
Read more
CryptoCurrency News

0
There are a number of significant statistics in the latest report by Coingecko regarding the market for Q2 2022 that show a lot about...
Read more
- Advertisment -
Posting....
We use cookies to ensure that we give you the best experience on our website. If you continue to use this site we will assume that you are happy with it.OkPrivacy policy