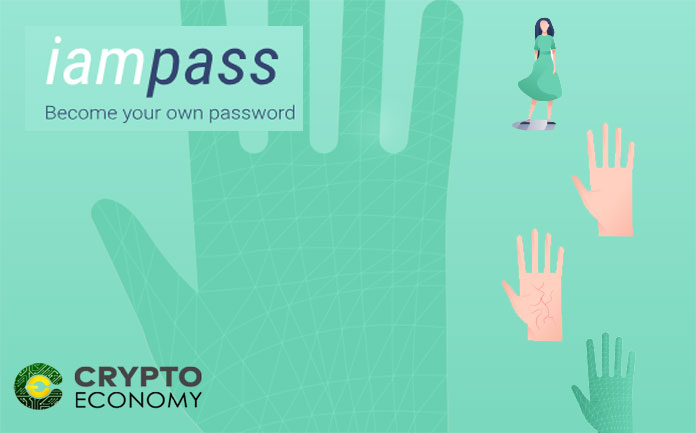 In a world in which we need new IDs after the previous one, Iampass wants to build a biometric system that will change the way we identify ourselves and the things that belong to us.

The company is working on a project that may phase out the need foo continuous input of passwords, moving around with plastic ID and such by combining the best of the distributed ledger technology and encryption.

Nino Ulrich the co-founder of Iampass said that the concept behind the project is to effectively make individuals their own IDs as this will ensure that even 15 percent of the world population that have no means of identification can be conveniently covered and given access to rights they were hitherto denied due to lack of IDs.

The company at inception had done some experimentation on distributed ledger technology with respect to personal data storage and concluded that it would be an act of carelessness to store raw personal data on distributed ledger system. Of importance to the project also is scalability and affordability, features which has been of concern to many a blockchain platform and offered by the DAG structure of IOTA. This informed the choice of IOTA for the Iampass project.

The company which says that it is integrating current hardware in the market with the project doesn’t rule out the possibility of manufacturing biometric hardware in the future.

Speaking in an interview with IOTA Hispano director, Daniel De Michele,  Ulrich said that Iampass is focusing on palm vein biometrics since it is the most secure and dependable measured by the percentage of its False Acceptance Rate (FAR).

One interesting aspect of the project is in the presentation of just the necessary personal information on a case by case basis unlike what is obtainable in situations in which say an ID shows date of birth, place of work and other information that may not be required by everyone it is presented to. In explaining the Iampass solution, Ulrich said the company is using zero-knowledge-proof.

“Zero-knowledge-proof is concept of proving something to someone else, without actually giving away any personal/ raw information about yourself. Looking at a simple example:  Alice goes to a bar and wants a drink. Bob needs to prove that she is over the age of 18 years. As of today Alice would show here passport to Bob, revealing a lot of personal data that has nothing to do with her being eligible to get a drink, like “First Name”, “Last Name”, “Address”, “Date of Birth”

“Even the complete DoB is too much information as it is irrelevant if Alice is 17, 18, 19 or 60 years old. We only require a boolean function (result can only be Yes or No) that calculates and only returns the result itself to Bob: TODAY – DoB >= 18 years boolean // Result “Yes” or “No””

The company plans to have a non-public token sale which involves ERC20 token they intend to switch to IOTA’s Qubic.

0
IOTA announced another strategic partnership with a traditional technology company, Dell Technologies. The collaboration focuses on a tool for measuring the trustworthiness of data....
Read more
Sin categoría