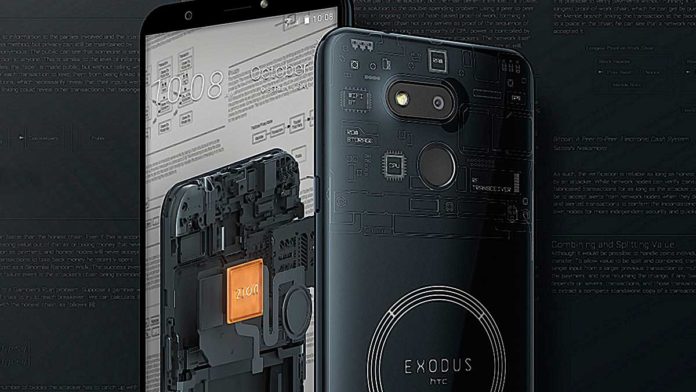 Taiwanese Leading consumer electronics company HTC is now allowing its EXODUS 1S blockchain mobile device to mine Monero (XMR) cryptocurrency directly from their phones. The mining will be done through an app called DeMiner.

HTC announced the news in a press release published Friday, April 10. According to announcement, the project is collaborated with Midas Labs, which has developed the DeMiner app.

According to Midas Labs, the DeMiner app is designed in way that it will close the mining process when phone is in regular use or charger is unplugged. The phone will mine XMR only when is on charging. Midas Labs will continue its work to improve the efficiency of the mining process.

Midas Labs explained that mining Monero (XMR), a privacy-focused cryptocurrency, is not cost effective process on desktops. Although Monero has adopted a CPU-friendly mining algorithm called RandomX since November 2019, it is still a loss-making endeavor as a typical laptop can mine XMR of equivalent to around $0.06 per day by burning 65W of power, which costs roughly $0.156 daily.

“We developed the DeMiner app such that a smartphone device will have a hashrate comparable to a desktop, while consuming much less power. This enables mobile devices to be suitable for cryptocurrency mining (in a plugged-in state) for the first time. Starting from open source frameworks we restructured and optimized mining for mobile. Midas Labs empowers EXODUS 1S users to mine at least $0.0038 of XMR per day on average, while the electricity cost is less than 50% of that.”

Midas Labs also said that it has raised an undisclosed amount in its seed funding round, led by Proof of Capital.

HTC unveiled its EXODUS blockchain smartphone in October of 2018. The smartphone itself runs on Android OS but there is a chip that is running a separate operating system in parallel with Android. The chip functions as hardware wallet to safely store private keys.

“The crypto world is under threat from the domination of the hashrate by giant mining pools. The most effective way to eliminate this problem is to make mining accessible for the masses, and that is through mobile. This app makes smartphone mining cost-efficient, which gives incentives to individual miners and helps to decentralize the network. This is the first step and being able to mine Monero, a privacy-centric token, which fits very well within the EXODUS vision.”

HTC Exodus – the first Native Blockchain Smartphone of the world