Hotels in Iran are accepting cryptocurrencies as payment 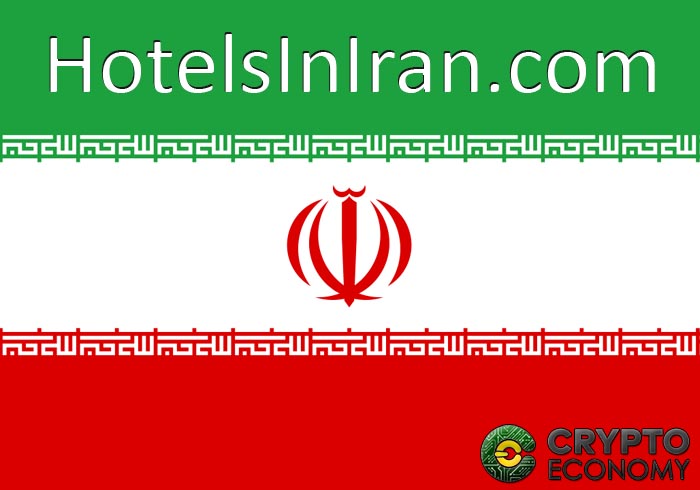 Iranian website HotelsInIran.com, renowned for offering several lodgment options to clients in the Asian country, has begun to accept payments in cryptocurrencies, allegedly due to the imposition of economic sanctions by the United States to Iran and Russia, in July 2018.

A statement recently made public revealed that Iran is accepting digital currencies as payment alternative in hotels, in order to circumvent the sanctions imposed by the North American country to the Iranian banking system.

“My friend is booking hotels in Iran that require a deposit. The note in the email reads: ‘Payments in cryptocurrency might sound a bit strange, but the severe American sanctions on Iran’s banking system have left us with not many choices,’” wrote in his Twitter account Leonhart Weese, Co-Founder of the Bitcoin Association Hong Kong.

Next, in an interview with CryptoSlate, Weese confirmed that he was referring to HotelsInIran.com, pointing that the hotel booking company informed its clients that cryptocurrencies such as Bitcoin, Ethereum and Bitcoin Cash, were accepted as virtual payments.

He also added that, in his opinion, cryptocurrency adoption will intensify in regions that are excluded from the global banking system and the financial network.

“My main takeaway is that we are often looking at cryptocurrency adoption from our perspective as privileged users of the modern financial system. Most of us have credit cards, and the companies we interact with accept them. We can get cash at the ATM wherever we travel and get our salary on time into our bank account,” he said.

In order to circumvent US sanctions – or at the very least minimize their effects – it is possible that from now on, the Iranian government proceeds to give greater prominence to the use of digital coins, despite having disagreed with decentralized commerce in the past.

Adoption in other latitudes

The news have caused some stir in social media, with numerous comments both in Twitter and Facebook, although there is a very notorious precedent. A hotel chain in the city of Kaliningrad, Russia, announced on March that it would accept payments in virtual coins to accommodate tourist during the 2018 World Cup.

On the other hand, there are strong rumors that authorities of the Central Bank of India are currently in negotiations with Russia, to change its SWIFT system for another compatible with cryptocurrencies.

It is worth highlighting that Weese is not the only one with such opinion, for there are several specialists asserting that in less than 10 years, an important amount of stores and businesses around the world will start accepting digital currency as payment method for the goods and services they offer.