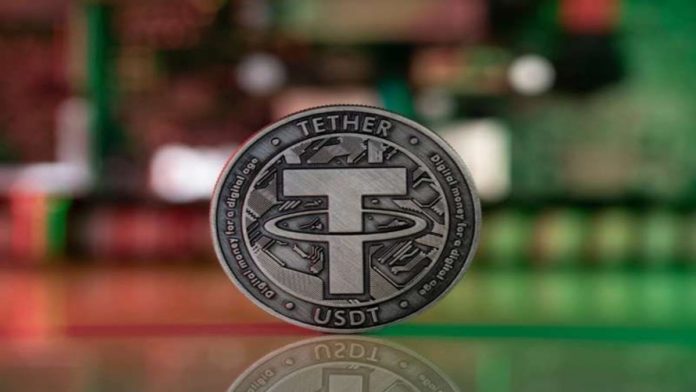 The disruption in the crypto market has led to several unexpected events in the crypto industry. It was recently reported that several traditional hedge funds have joined hands with retail traders to bet against USDT. These hedge funds are spending millions of dollars to open short positions in USDT.

These funds have used Genesis Global Trading Inc. to short USDT. Genesis is a renowned crypto brokerage in the digital asset industry. The Head of Institutional Sales at Genesis, Leon Marshall, said “there has been a real spike in the interest from traditional hedge funds who are taking a look at Tether and looking to short it.”

It has been discovered that many investors are shorting USDT for the last 12 months or so. However, more hedge fund managers are picking the pace to bet against USDT. The trend saw a spike after the crash of Terra’s stablecoin, UST. The whole fiasco has an impact on USDT, as it dropped to $0.97 on several exchanges.

It was noted that hedge funds are shorting USDT because of the controversies around the assets of Tether. Moreover, the Federal Reserve has also decided to raise interest rates in order to fight inflation. However, Tether released a report about its assets. The organization emphasized that its stablecoins are completely backed with cash, liquid assets, and other investments. As per this report, Tether’s assets are about $82.40 billion. Whereas its total liabilities are $82.20 billion.

On the other hand, the Chief Technology Officer (CTO) of Tether, Paolo Ardoino has tweeted about the recent speculations. He says that some hedge funds are trying to cause panic in the market. Also, he referred to it as a coordinated attack while stating that these hedge funds have always worked against the organization and its stablecoin.

1/
I have been open about the attempts from some hedge funds that were trying to cause further panic on the market after TERRA/LUNA collapse.
It really seemed from the beginning a coordinated attack, with a new wave of FUD, troll armies, clowns etc. https://t.co/hhcsgHV1Ow

Furthermore, Ardoino believes that such hedge funds that have borrowed millions of dollars to short USDT will eventually buy the stablecoin again. He was of the view that despite propagated campaigns and pressure, Tether has progressed over the years. Moreover, it will continue doing so while ensuring its sustainability.

Tether has also launched two new stablecoins after the crashing of LUNA and UST. These stablecoins are pegged to the Mexican Peso and the British Pound Sterling. Therefore, there are a total of five stablecoins that are operating under Tether’s banner. This makes Tether a strong stakeholder in the stablecoin industry.

0
Tether USDT is the most used stablecoin in the crypto industry. Previously, its circulating supply was suffering a downward trend. However, the supply of...
Read more
CryptoCurrency News

0
Tether is among the most prominent names in the cryptocurrency industry. It empowers the largest stablecoin by market capitalization, USDT. The organization has recently...
Read more
CryptoCurrency News

0
Over the course of the past few days, there have been multiple rumors floating around the internet about Tether. Rumors state that about 85%...
Read more
CryptoCurrency News

0
After the EU, Canada, and the US agreed to remove selected Russian banks from the SWIFT messaging system, the crypto trading between Russian Ruble and Tether (USDT) stablecoin is on the rise as national currency crumbles on Monday amid sanctions.
Read more
Companies

0
A New York has dismissed many of the allegations made by the plaintiff against USDT stablecoin issuer Tether and crypto exchange Bitfinex in a class-action lawsuit that alleged both companies of market manipulation.
Read more
- Advertisment -
Posting....