Cloud-mining service Hashflare announced on July 20 the suspension of its mining services and the shutdown of current SHA-256 (Bitcoin) contracts, due to the difficulty of profiting from them.

The popular mining platform, founded in 2013, and works by providing a cloud-mining service – in which a user acquires an amount of hash power from the mining hardware that belongs to the service provider, who set up the equipment, maintains the activity time and select the most efficient and trustworthy groups – has made the decision of shutting down the service that has been offering to crypto-users until now, stating:

“BTC mining continues being unprofitable, in light of which we would like to inform you that on 18.07.2018 we were forced to start disabling SHA hardware and today, on 20.07.2018, stop the mining service of active SHA-256 contracts in accordance with clause 5.5 of our Terms of Service”

Likewise, they stated that such decision was due to the fact that for more than a month, mining profits were below maintenance rates, generating no compensations for their clients, and despite having tried several alternatives, the current bearish market and instability that surrounds the crypto-environment became the main reasons for the lack of profits.

“We have made every possible effort in order to resolve the problem that has arisen – for instance, we have considered a variety of technical solutions, which would have allowed us to lower expenses related to maintenance and electricity,” was part of the statement the company released. 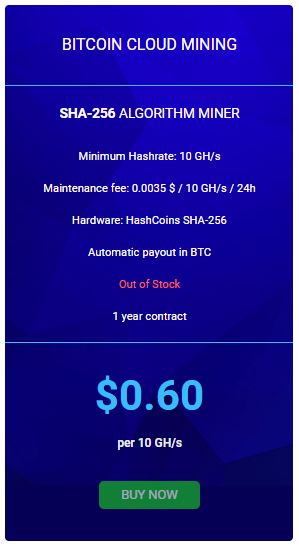 The shutdown, announced both in its official Facebook page and via an email sent to their clients, explains that according to their terms of service “if mining remains unprofitable for 21 consecutive days the Service is permanently terminated.”

At the time of writing this, Hashflare has yet to explain what will happen to their clients’ funds, deposited before the suspension of their contracts, which has caused great annoyance among netizens, as well as the suspicion of a possible ‘exit scam’. The latter, taking into account that contracts were made even after the 21 consecutive days of lack of profitability established in its terms of service.

Given the wave of comments and notable discontent, Hashflare announced that users must undergo the ID verification process, in order to comply Know-Your-Customer (KYC) and Anti-Money Laundering (AML) policies.

It is worth noting, that cloud-mining services have had a somewhat limited success, especially when comparing them to common hardware mining groups, and even these raise some questions among users for the high concentration of hash power due to the nature of ASIC mining equipment.

0
The Bitcoin price continues to swing as the BTC bulls flow back to close 2021 on a stronger foot. At the time of writing,...
Read more
- Advertisment -
Posting....
We use cookies to ensure that we give you the best experience on our website. If you continue to use this site we will assume that you are happy with it.OkPrivacy policy