HomeCryptoNewsHarvard University Enters the Crypto Space as an Investor by Backing Blockstack...
CryptoNewsFeaturedTechnology 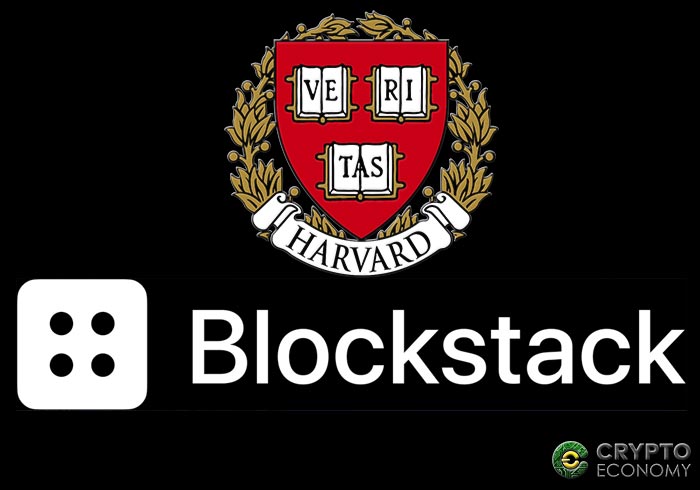 Through its university endowment kitty, which has funds accumulating to $39 billion, Harvard University now has a piece of the crypto space worth $11.5 million. The latter funds were used to buy Stacks tokens which are digital asserts from Blockstack Inc.

The cash was drawn from Harvard management and two other unnamed investors, and together they own 95.8 million Stack tokens. Harvard University now joins Yale University which also invested in the crypto space in 2018.

Blockstack to Be the First Entity to Provide A+ Framework Tokens

First and foremost, Blockstack Inc will be floating its Stacks tokens on the market soon if everything goes as planned. Per the firm’s fillings, the Stacks tokens will be used by holders to prove or keep track of the economic stake that the various investors in possession of the private keys on Stacks blockchain have in the network.

Similarly, the Stack tokens will also act as an accounting mechanism on the network. However, to accomplish all their dreams, Blockstack has to get a license from the U.S. Securities and Exchange Commission to float its tokens on regulation A+ framework.

In the latter bracket, SEC will allow smaller companies to float their shares under limited disclosures requirements to seek money from less well-off investors. Through regulation A+ framework the latter is possible even if the securities involved don’t initiate trades on any major stock exchange platform. Acquiring the certificate to float their tokens on regulation A+ framework from SEC, will make Blockstack Inc be the first entity in possession of such a license.