Hackers steal over $ 5 million in Bitcoins via SIM hijacking 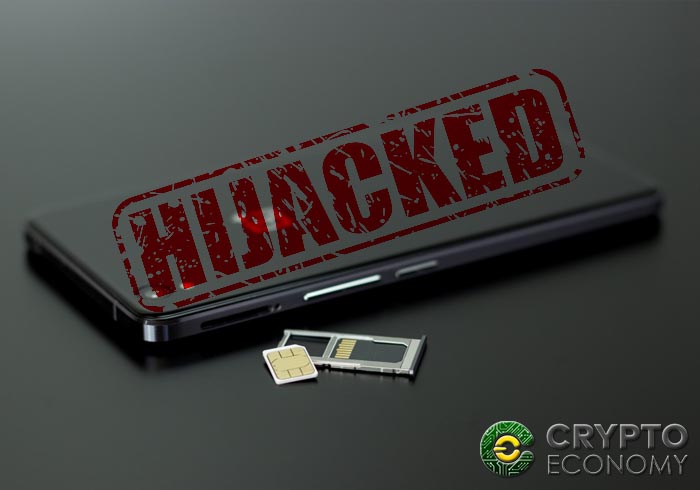 A 20-year-old college student allegedly stole more than $ 5 million dollars by cloning around 40 telephone numbers using SIM Hijacking, some of them belonging to cryptocurrency investors.

A couple of weeks ago, Bostonian Joel Ortiz was detained by the police in California, accused of being part of a group of hackers that stole more than 5 million dollars in cryptocurrencies, by hacking dozens of telephone numbers with help from accomplices yet to be identified.

The technique used by the perpetrators, which has become popular recently for steal bitcoins and other cryptocurrencies – and even social media accounts – is known as SIM Hijacking or SIM Swapping and according to the report from the authorities, the accused was present at the Consensus conference carried out last May in New York City, in which he hacked a significant amount of people involved in the world of digital currencies and blockchain technology.

In order to get away with the funds, Ortiz and his accomplices tricked a mobile provider to transfer the target cellphone number to a SIM controlled by them, so they would be able to retrieve the victim’s passwords and access their digital accounts. This technique would work out even if the target is protected by two-factor authentication.

The criminal, arrested in Los Angeles International Airport while on his way to board an airplane to Europe, was caught holding a bag of renowned Gucci brand, presumably bought with the money obtained from this illicit activities.

According to the complaint filed against him the day before he was arrested, Ortiz is facing 28 charges; 13 counts of identity theft, 13 counts of hacking, and two counts of grand theft.

Per the statement filed in the court by the main investigator in charge of this case, the perpetrator and his partners in crime have access to millions of dollars in cryptocurrencies, obtained through these types of scams – also known as “Port-Out Scam”.

This is the first case ever recorded of a person who hacks SIM cards in order to seize bitcoins and other cryptocurrencies, although authorities asserted they have become widespread for a couple of months.

Erin West, the Santa Clara County deputy district attorney in the United States, called victims to come up and denounce these criminal behaviors.

“This is happening in our community and unfortunately there are not a lot of complaints to law enforcement about it. We would welcome the opportunity to look into other complaints of this happening. We think that this is something that’s underreported and very dangerous,” she explained.

In the meantime, Ortiz is behind the bars awaiting his plea hearing at a court, scheduled for August 9. His bail was set to one million dollars.

Arrested hacker who bought a McLaren with stolen cryptocurrencies