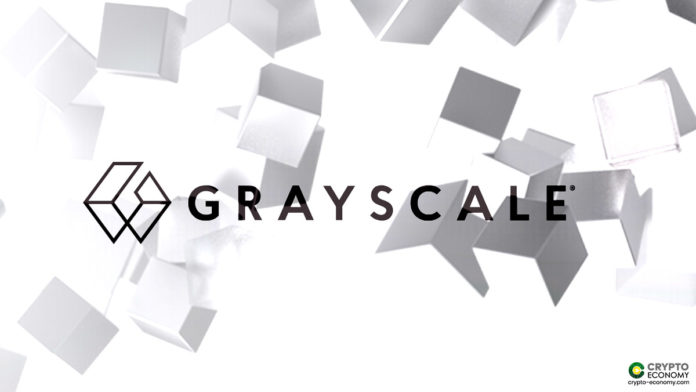 After the filing of a lawsuit by the US SEC, the trouble for XRP continues to deepen as the world’s largest digital currency asset manager Grayscale has taken down XRP from its Digital Large Cap Fund (GDLC) and sold XRP to buy other assets.

Grayscale’s Digital Large Cap Fund announced the news in a press release on Tuesday, January 5. According to the announcement, Genesis Global Trading, the fund’s authorized participant, is suspending XRP trading on January 15, so it had to remove the asset.

“According to the Fund’s documentation, during the Fund’s quarterly review, the Manager may determine to exclude a digital asset from the Fund’s portfolio even if it meets the Fund’s Inclusion Criteria, including, but not limited to, if the Authorized Participant does not have the ability to trade or otherwise support such digital asset.”

Amid the situation, Grayscale removed XRP from the GDLC portfolio and sold the XRP holdings to purchase additional tokens of the remaining Fund Components in proportion to their respective weightings.

But the string of bad news for Ripple, the company behind XRP, does not end here. Following the SEC lawsuit, according to a report by Bloomberg on Tuesday, Tetragon Financial Group, a U.K. investment company that also invested $200 million in Ripple in a Series C funding round held in December of 2019, has also sued Ripple in Delaware Chancery Court.

According to Bloomberg, the company seeks to “enforce its contractual right to require Ripple to redeem” Series C preferred stock. The plaintiff requires from court to stop Ripple from using any cash or other liquid assets until the payment is made.

In a statement on Tuesday, Ripple said this lawsuit had no merits and Tetragon was taking advantage of the lack of regulatory clarity in the US. Ripple said:

“In Ripple’s Series C investment agreement, there is a provision that if XRP is deemed to be a security on a go forward basis, then Tetragon has the option of having Ripple redeem their Ripple equity. Since there has been no such determination, this lawsuit has no merit.”