Coinbase Will Suspend All XRP trading Pairs on January 19, 2021 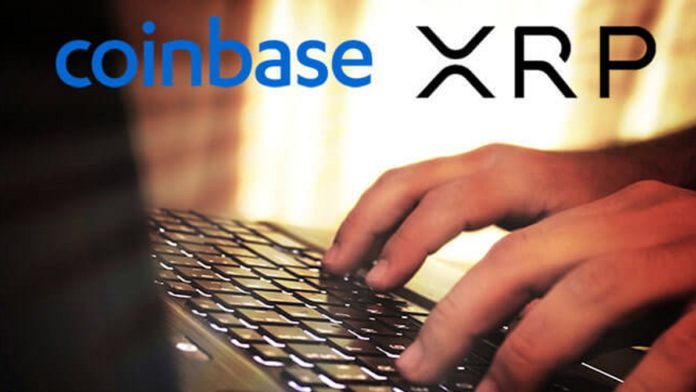 Amid the recent legal fight between Ripple Inc., the company behind the XRP cryptocurrency, and the US Securities and Exchange Commission (SEC), one of the largest cryptocurrency exchanges Coinbase has decided to suspend XRP trading on Tuesday, January 19, 2021. Wallet services will remain available for XRP holders.

Coinbase made the announcement in a blog post on Tuesday, December 29. Coinbase said that the management team has decided to suspend all XRP trading pairs on its platform from January 19. XRP trading has been moved to limit only from Wednesday, December 28, 2020, at 2:30 PM PST, and will be fully suspended on Tuesday, January 19, 2021, at 10 AM PST. The exchange noted that trading may be halted earlier as needed to maintain its market health metrics.

The exchange further noted that wallet and custody services for XRP would be available even after the suspension. Coinbase announced:

“The trading suspension will not affect customers’ access to XRP wallets which will remain available for deposit and withdraw functionality after the trading suspension. Further, customers will remain eligible for the previously announced Spark airdrop (subject to approval in certain jurisdictions), and we will continue to support XRP on Coinbase Custody and Coinbase Wallet.”

The exchange will continue to monitor legal developments related to the XRP case and update users as more information becomes available.

The move does not come as surprise as Crypto Economy previously highlighted that Coinbase was already considering its option against the future of XRP.

The reason behind this move is the US SEC legal action against the company behind the XRP coin, Ripple. As Crypto Economy reported, last Wednesday, December 23, SEC filed a $1.3 billion lawsuit against Ripple, CEO Brad Garlinghouse, and co-founder Christian Larsen for conducting unregistered security offerings.

The lawsuit, filed in a Manhattan court, alleges that Ripple over $1.3 billion through an unregistered, ongoing digital asset securities offering since 2013.  The lawsuit further alleges that CEO Brad Garlinghouse and co-founder Christian Larsen orchestrated these unlawful sales and personally profited by approximately $600 million from their unregistered sales of XRP.

Ripple, founded in 2013, is a blockchain-based company that aims to frictionless experience to send money globally using the power of blockchain. Thanks to its RippleNet and On-Demand Liquidity (ODL) services the company has seen enormous growth in the past few years. As reported, the company was also ranked 123rd in the Inc5000 list featuring the fastest-growing private companies in America.

This lawsuit could damage the company a lot and some believe that it is “the beginning of the end.” It will be interesting to see how this case proceeds in 2021.

Coinbase Urges Users to Convert Their USDT to USDC