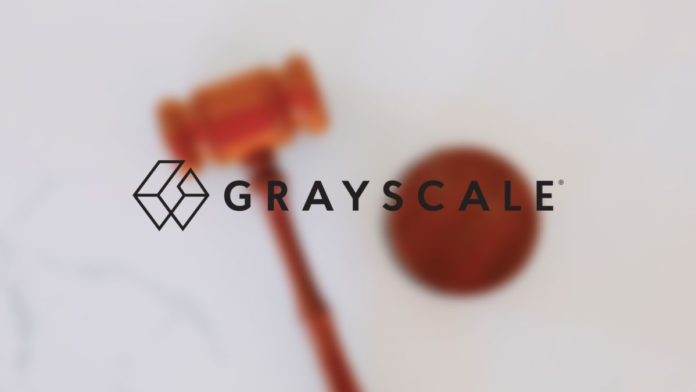 The SEC has again rejected Grayscale’s application in order to convert GBTC into a spot ETF. Grayscale does not agree with this decision, and the company is figuring out how to handle this. GrayScale, according to the announcement, is deeply disappointed with the decision and disagrees with its logic.

By converting GBTC to a spot Bitcoin ETF, the world’s largest Bitcoin fund would have been brought closer to the U.S. regulatory perimeter while also making Bitcoin more accessible for U.S. investors using the familiar protections offered by an ETF.

What Will Happen Next?

GBTC shares are valued at approximately 30% under the NAV of the company, representing approximately $8 billion of unrealized shareholder value as of June 29, 2022. The Grayscale team believes that the best option available to investors is to convert GBTC into a Bitcoin ETF that tracks the spot price of Bitcoin. As a result, the discount would be effectively eliminated, and the shares would track the price of Bitcoin, effectively eliminating the discount.

As reflected in the announcement, the SEC has criticized the decision of the commissioners and believes that the organization is not treating Bitcoin investment vehicles consistently, and this is demonstrated by its denial of GBTC’s application for conversion to a spot ETF while multiple Bitcoin futures ETFs were approved.

“At Grayscale, we have not and will not waiver in our commitment to converting GBTC to a spot Bitcoin ETF. The decision to pursue litigation is not one we take lightly, but we are confident in our legal team, as well as our compelling, common-sense legal arguments. Our in-house counsel will work closely with Mr. Verrilli and the team at Davis Polk to make these arguments over the coming months.”

As part of the litigation process, GrayScale’s Senior Legal Strategist and Former U.S. Solicitor General, Donald B Verrilli, Jr, has filed a petition for review before the United States Court of Appeals for the D.C. Circuit, which is the first step in bringing a lawsuit against the American government.

After months of efforts from GrayScale for encouraging SEC to accept the application, even with community support, The recent news is very disappointing. But it seems they have big plans for continuing the application. We should wait and see if anything changes on the SEC side.

0
In its latest report, the largest digital asset manager, Grayscale, predicted that it could be a long delay before the next bull run. The...
Read more
CryptoNews

0
The cryptocurrency industry is moving at a fast pace. However, global regulation has made it fairly difficult for crypto companies and organizations to freely...
Read more
Companies

0
Amidst devastating losses in the crypto market, the prospect of a spot Bitcoin ETF launch in the US does not appear in the near...
Read more
- Advertisment -
Posting....
We use cookies to ensure that we give you the best experience on our website. If you continue to use this site we will assume that you are happy with it.OkPrivacy policy