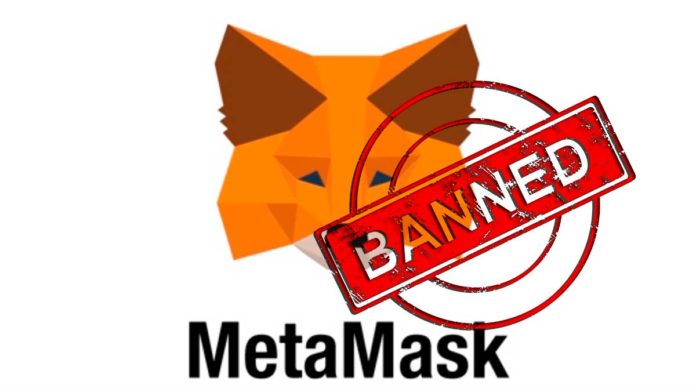 The Metamask team took to Twitter on December 26 to announce that, in the last week, google suspended its Metamask browser’s android client from Google Play Store citing violation of Google’s financial services policy.

After its suspension, the team filed for an appeal  against the removal which was also rejected by Google.

Google’s financial services policy does not allow apps that mine cryptocurrency on devices and expose users to deceptive or harmful financial products and services. But the Metamask team said that it do not have any app which mines cryptocurrencies.

“In the last week, the Metamask Android client was suspended by the Google Play App Store @googleplaydev. They cited their policy that bans mining on mobile, which we don’t. Appeal rejected.”

In another tweet, Metamask team said that the rejection of appeal also cited the same reason, “no mining on Android.”

“It’s unclear whether the reviewer doesn’t understand the policy, or whether they are enforcing an unwritten policy. Either way, it’s time to ProtectWeb3,” said the Metamask team.

Metamask further told the community that this is not for time Google unexpectedly blocked its crypto wallet. On July 25, 2018, Google removed Metamask from Chrome Web Store. At that time, the team was able to re-list the browser. But this time, Google rejected all its appeals.

“I very much hope that this was an honest mistake on the part of Google’s reviewers, but in combination with all the crypto YouTube bans, it definitely puts me at disease about how Google is engaging with decentralizing technologies. If people accept this behaviour from a mobile monopoly like Google, we may not deserve something better.”

In recent past days, Google-owned video giant YouTube banned a large amount of crypto content form the platform. After a strong protest form YouTube crypto community, the internet giant admitted that it had mistakenly removed the content and the content have since been put back online. But according to reports, nothing had yet been restored.