Home CryptoNews Germany will not Allow Libra and Other Market-Relevant Private Stablecoins, Says the...
CryptoNewsFeaturedRegulation

Germany will not Allow Libra and Other Market-Relevant Private Stablecoins, Says the CDU Parliamentarian, Thomas Heilmann 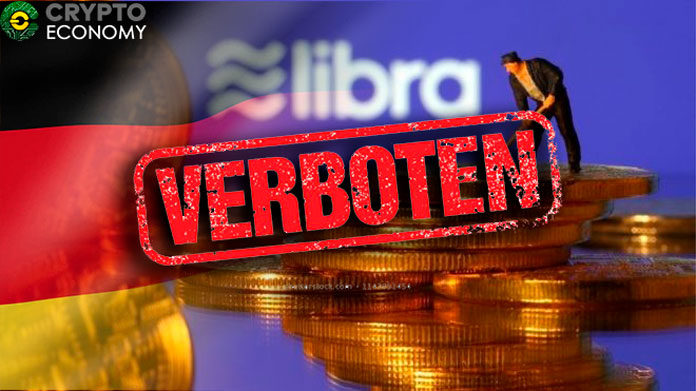 According to a report by Spiegel Online, the German grand coalition, the governing coalition of the two biggest political parties in Germany, is not in the favor of stablecoin like Facebook’s Libra. The federal government of Germany will approve block strategy in September but according to Thomas Heilmann, the member Christian Democratic Union of Germany, the grand coalition has already agreed not to allow market-relevant stablecoins in Germany, and according to them, Facebook’s libra also falls in this category.

Thomas Heilmann, talking about reasons for this ban, said:

Up to now, the economy has done a great job in countering crises and inflation with measures taken by central banks. Once a digital currency provider dominates the market, it will be quite difficult for competitors.

However, the federal government of Germany will certainly support state-stable cryptocurrency which will have its own blockchain. The government has also planned to establish a digital corporation to facilitate start-ups in this area and enable new forms of employee participation and financing such as the sale of tokens as Heilmann said:

We hope for competitive advantages, especially for our start-up scene.

Libra was encircled by threats as soon as it was announced by the social media giant. Germany is not the country with a negative response towards Libra. Recently, France, as reported by Crypto Economy, said that the country would halt the development of Facebook’s planned Libra stablecoin in Europe because it threatens the monetary sovereignty of governments.

The US has also serious concerns about Libra and the president, Donald Trump, has no soft corner for digital assets at all as he said that values of digital currencies are based on thin airs. But Switzerland, in contrary, has another approach towards Libra as Mark Branson said:

Such a ‘beauty contest’ did not exist. Our first contact with the initiators took place after the decision for Switzerland had already been made and communicated. That’s positive. The ‘jurisdiction shopping’ you alluded to would be very sensitive. It would put pressure to get as loose as possible standards.

Switzerland’s Financial Market Supervisory Authority, FINMA, also stated that the agency is open to international cooperation and oversight of the way in which it regulates Facebook’s planned cryptocurrency network because Libra’s global significance can only be tackled through international coordination.