Home CryptoNews G20 against the washing of cryptocurrencies
CryptoNewsFeaturedRegulation

G20 against the washing of cryptocurrencies 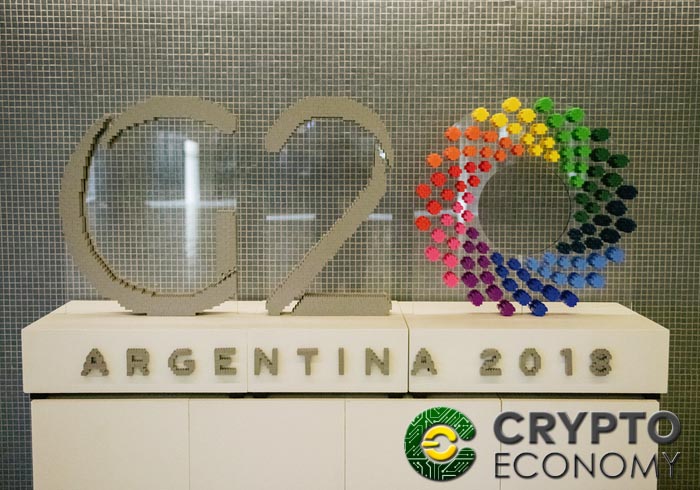 In the G20 summit in Argentina on July 21 and 22, where G20 Finance Ministers and Central Bank Governors dealt with various issues related to the global economy, cryptocurrencies also had a leading role and different issues such as money laundering or its technology among others were addressed.

After the meeting an official communiqué was issued where different points dealt with by the members of the G20 can be seen, regarding to cryptocurrencies can be highlighted:

G20 – Cryptocurrencies and their technology.

Cryptocurrencies and their technology were two of the topics discussed during the G20 summit and on which the following was said:

“Technological innovations, including those underlying crypto-assets, can deliver significant benefits to the financial system and the broader economy. Crypto-assets do, however, raise issues with respect to consumer and investor protection, market integrity, tax evasion, money laundering and terrorist financing.”

As it was said at the meeting, cryptocurrencies lack the key attributes of sovereign currencies and are not a risk to financial stability, however the G20 announces that they will be attentive to its evolution.

“We welcome updates provided by the FSB (Financial Stability Board) and the SSBs and look forward to their further work to monitor the potential risks of crypto-assets, and to assess multilateral responses as needed. We reiterate our March commitments related to the implementation of the FATF standards and we ask the FATF to clarify in October 2018 how its standards apply to crypto-assets.”

As they announced last March where they stated:

“In July we have to offer very concrete, very specific recommendations on, not ‘what do we regulate?’ but ‘what is the data we need?'”

The FSB presented in a press release a series of recommendations, which indicated that the growth of the cryptocurrency markets should be monitored, since it is fundamental information to understand its impact on the economies of different countries.

For its part, cryptocurrencies seem to have slowed, at least temporarily, with their downward trend and give a respite to investors. Bitcoin has exceeded 7600 dollars and maintains a stable price during the last week.

As we have seen in other occasions, the decisions that the G20 makes in relation to cryptocurrencies may affect their price, so it is advisable to stay informed.