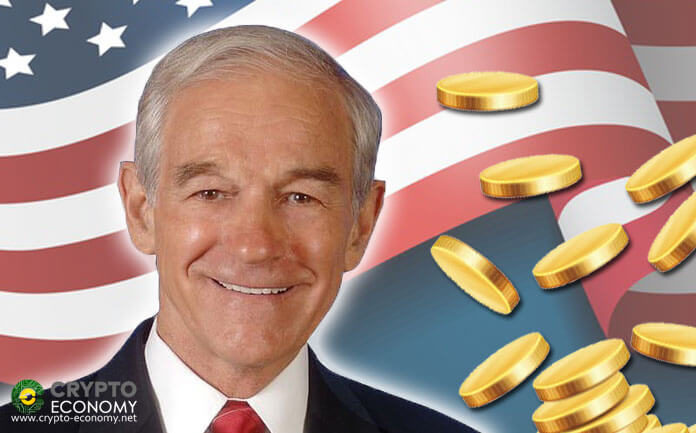 While answering questions, Ron Paul Former congressman for Texas come out clearly to express his favour for cryptocurrencies and blockchain technology. In his view, nobody knows where cryptocurrencies are heading, but he loves the idea that crypto in competing with other currencies. Furthermore, since he likes competing currencies and crypto being one of them, he thinks crypto is an excellent idea.

Although he likes crypto, Ron Paul has only one rule for it no fraud and to prevent that, the government should step in to provide regulations. While answering one of the questions, he said;

“For me, I’m for the least amount of regulation. Although I can’t tell you what is going to happen in the sector, I think crypto is a great idea. However, I only have one rule for it no fraud. For that, I think the government has a role to play. If there’s any case of fraud, it should be investigated, but what I want for the crypto sector is to legalize the freedom of choice absent blatant fraud.”

According to Paul, crypto is similar to gold simply because all assets compete with local fiat currency. Although Paul was an adamant supporter of precious metals and gold, time has changed his views. From time to time, he has been expressing his positive remarks for BTC. He is so into crypto that he even runs polls about crypto to his followers.

“As usual, governments across the world love having monopoly control over credit and money. That’s why in the US instead of letting the market operate freely, we have the Federal Reserve in place.”

Apart from his love for crypto being the only aspect that shows Paul is Bitcoin evangelist, his longtime proponent of radically restructuring the issuance of the US dollars and windowing down of the Federal Reserve views, fall in line with those of crypto enthusiasts. Apart from just pouring his faith behind cryptocurrencies, Paul is also a believer in blockchain technology. According to him, happenings in the crypto space are unknown. However, blockchain technology can be put in use anywhere to revolutionize how business is done.