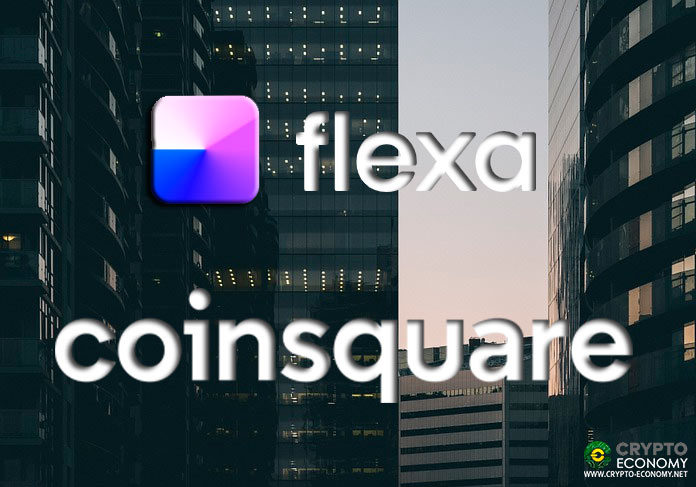 Cryptocurrency payments processing company FlexaHQ, the company behind the crypto payments wallet app Spedn, is expanding past its US borders to neighboring Canada.

In an announcement post on Tuesday, the company revealed its partnership with Canada’s leading cryptocurrency exchange platform Coinsquare to bring crypto payments to millions of Canadians.

With this partnership, Canadian users of Coinsquare will be able to connect their accounts to the Spedn app and spend their balances on merchant purchases without dealing with withdrawals and conversion fees.

“We’re launching Flexa outside of the US for the first time ever, and making instant, in-store cryptocurrency payments available to residents of the Great White North—from Yukon to Nova Scotia and from Vancouver to St. John’s,” Flexa wrote.

On Twitter, Coinsquare expressed its enthusiasm in the new partnership with an innovative company backed by leading exchange Gemini.

“We are thrilled to announce our partnership with @FlexaHQ,” Coinsquare wrote on Twitter on Tuesday. “One of the biggest hurdles in mass adoption for crypto is finding a way to let users spend it. We are excited to bring Flexa’s solution to this problem to #Canada. We’ll add their spend features to the Coinsquare apps, enabling our users to not just buy, sell, and trade crypto, but spend it directly from their #Coinsquare balance to 7,500+ merchant locations across Canada! This is an incredible step forward for #cryptocurrency in Canada and we are proud to be the heart of it!”

As mentioned in the above tweet, the launch of Flexa in Canada comes with it a bunch of benefits. The most obvious being the ease of spending cryptocurrency across several merchant shops.

So far Coinsquare offers a web wallet that users can only use to exchange crypto assets. Now with the Spedn app, the Canadian users will be able to shop across more than 7,500 merchants. The announcement post states that this will be activated within the first week of September this year.

So far the Spedn app supports a limited number of cryptocurrencies including bitcoin, Ethereum, bitcoin cash, and native platform token flexacoin. Just last month, Flexa announced the additional support of Litecoin and Zcash which means that now users have access to a wider option of assets to use to finance their purchases through the Spedn app.

Flexa plans to expand further to more international markets but did not reveal details on the upcoming expansions. In addition, the service will add more coins and tokens to its portfolio of supported assets. The Spedn app can be downloaded from the Android PlayStore and the Apple AppStore.