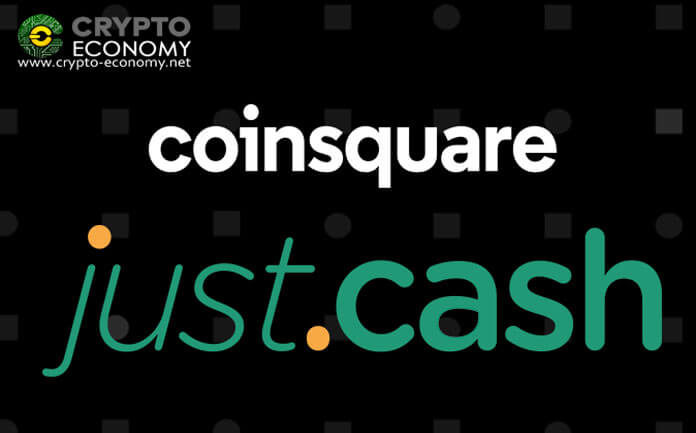 Canadian-based cryptocurrency exchange Coinsquare has announced the acquisition of a controlling stake in the United States-based Fintech startup Just Cash for an undisclosed amount.

The acquisition was targeting the proprietary software developed by Just Cash that enables traditions ATMs to sell cryptocurrency including Bitcoin and others without any new hardware installations or modifications.

“The software allows customers to purchase cryptocurrency through the traditional ATM process without disrupting the ATM network,” a press release by Coinsquare announced on July 3rd. Following this acquisition, the Just Cash team will join Coinsquare and operate under the Coinsquare brand retaining a minimal level of autonomy.

As revealed by the exchange, there is about a quarter of a million non-banks ATMs in the United States that can be upgraded using the Just Cash software to begin selling cryptocurrencies. Bank specific ATMs are fitted with propriety software that Just Cash may not have access to and therefore will require special permission to modify the source code. Not only that, but each bank’s ATMs have different software which makes it hard to make specific modifications to each bank’s ATMs. However, for the non-banks ATMs, most of which are using standard software, Coinsquare plans to license its software to enable them to dispense out cryptocurrencies just like making deposits to bank accounts.

According to a statement by Coinsquare CEO Cole Diamond, the company is hoping to license its software to the millions of ATMs around the world.

“By using the millions of existing ATMs around the world, we can now bridge the gap and give new users the easiest and most familiar experience to purchase cryptocurrency,” he said adding that “Bitcoin is new and unfamiliar to many, but ATMs are not. By tapping into the existing global ATM network, cryptocurrency can finally reach the masses. We are bringing that familiar and trusted process into the cryptocurrency world, and vice versa, for the first time.”

According to Diamond, cryptocurrencies are a mystery to most people mostly avoiding acquiring them due to the complexity of the process. “Right now, there is a lack of mainstream cryptocurrency adoption because most people are intimidated by the process to acquire it.”

“We’re excited to join forces with Coinsquare and work toward enabling millions of ATMs with our software”, says Todd Lawrence, Managing Partner of Just Cash. “Coinsquare is the largest cryptocurrency company in Canada, so it made sense to leverage each other’s expertise and work together to bring our solution to millions of users around the world. We believe our software will be a natural extension of Coinsquare’s tremendous ecosystem.”