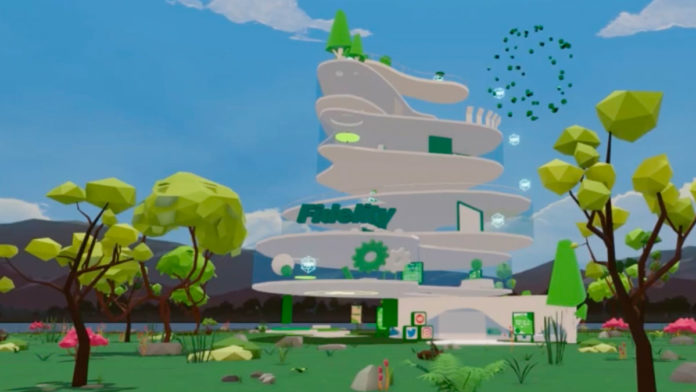 To compete with rivals that have jumped into the fledgling market, Fidelity Investments is introducing a pair of crypto-focused exchange-traded funds. On Thursday, the Fidelity Metaverse ETF (ticker FMET) and the Fidelity Crypto Industry and Digital Payments ETF (FDIG) started trading.

According to a statement, FDIG will track blockchain and digital payment processing firms. With more than a dozen crypto-themed stock ETFs currently trading, Fidelity joins an increasingly competitive industry. The business had wanted to launch a spot Bitcoin ETF this year, but the Securities and Exchange Commission denied its application this year, and other firms’ plans for similar products have not been authorized.

In the thematic space, Fidelity confronts stiff competition as billions of dollars come into such funds throughout the industry, and firms like BlackRock Inc. build up teams. According to Jennica Ross, managing director at WallachBeth Capital, the firm’s size will certainly provide the issuer an advantage in the crypto industry.

“People are increasingly becoming familiar with what the metaverse is and what it could be in the future. Naturally, investors are looking for ways to play this. The question of success is often a combination of first-mover advantage — like we saw with Roundhill’s METV fund — along with access to distribution, which Fidelity and other larger issuers have.”

The Roundhill Ball Metaverse ETF (METV), according to Bloomberg statistics, is a front-runner among other metaverses ETFs, with $705 million in assets under management less than a year after its introduction. FMET has the lowest expense ratio of the four ETFs that follow the metaverse: 39 basis points. FDIG also levies a 39-basis-point fee.

Fidelity’s venture into the metaverse isn’t limited to FMET. On Thursday, the business will also debut “The Fidelity Stack,” a metaverse experience geared at educating ordinary traders on the fundamentals of trading. It will be constructed in Decentraland.

Fidelity has joined the ranks of other large financial organizations that have launched their own metaverse experiences. For example, JPMorgan Chase & Co. has a Decentraland lounge where customers are greeted by a digital picture of Jamie Dimon and a wandering tiger. In March, HSBC Holdings Plc made its metaverse debut by purchasing space in The Sandbox.

Fidelity launched five sustainable fixed-income mutual funds and ETFs on Thursday, in addition to the crypto-focused ETFs. According to a spokeswoman, the new ETFs bring Fidelity’s ETF roster to 51 products with over $33 billion in assets.

0
The first major retirement-plan provider to allow investors to add bitcoin to 401(k)s is Fidelity Investments. It won't be possible for employees to start adding...
Read more
Companies

0
NEAR Protocol raises $150M in the latest funding round led by Three-Arrows Capital to accelerate the adoption of Web 3.0 technologies around the globe.
Read more
Stellar Lumens News

0
Starry Night is the name of a new NFT fund that Zhu Su, Kyle Davies, and VincentVanDoug are launching. The new fund aims to...
Read more
- Advertisment -
Posting....