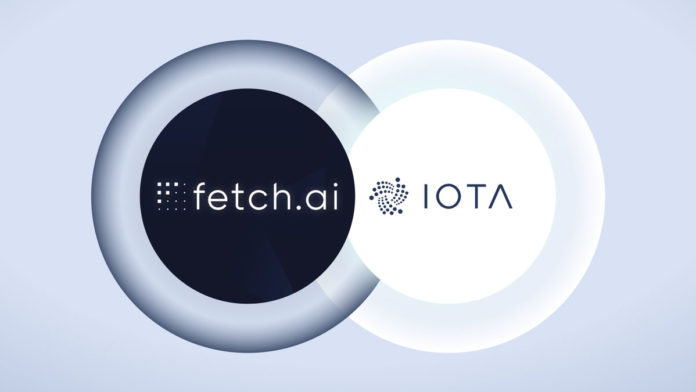 IOTA Foundation announced a new partnership with Fetch.ai focusing on using Tangle for autonomous economic agent offering. The new partnership is the result of launching Chrysalis on IOTA that makes it possible for industrial partners to work build products on IOTA.

It was some week ago that IOTA Chrysalis was launched. The new version of the blockchain has all of the new features we expect in IOTA 2.0. The new version is now under use and testing by various users and developers. They’re finding the best solutions for improving the blockchain and making it ready for the ultimate Coordicide version.

The new version comes with various opportunities for developers and businesses to use IOTA as their primary blockchain solution. These new features have resulted in various organizations wanting to work with IOTA teams like IOTA Foundation. Fetch.ai is the latest one to join the group.

The latest partnership between IOTA Foundation and Fetch.ai is focused on offering autonomous economic agents (AEAs) on the Tangle. These automatic agents generate economic value for their owners without the need for constant interference by users. Fetch.ai is one of the leading teams in this section and now wants to leverage the smart contract capabilities of IOTA to improve its tools.

As a result of the partnership between Fetch.ai and IOTA Foundation, autonomous agents will be connected to IOTA Streams instances. So, smaller resolution data can be shared bu the agents. The most important benefit is the speed and feeless nature of IOTA Streams. IOTA Foundation describes the process in an announcement post:

“Publishers and readers will be able to easily verify the source of data being interacted with, as well as manage access policies for that data via the autonomous agents interfacing with one another. This can be used to generate complex engines of interconnected agents operating in conjunction with one another with a foundation of verifiable distributed data, anchored securely to the Tangle.”

The partnership between Fetch.ai and IOTA Foundation helps various sections of the tech and scientific world. Data scientists and economists are the most important groups that can benefit from the results of the partnership. Fetch.ai execs believe that IOTA, without needing fees for sending and verifying data, can be a great option for improving the company’s tools.