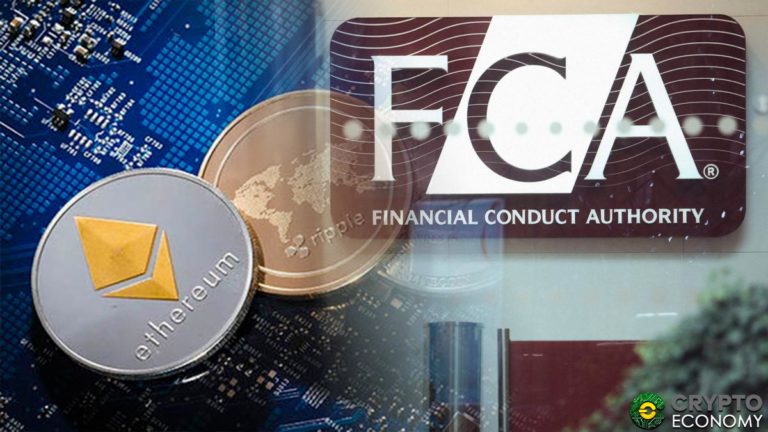 The cryptocurrency sector took another hard hit as the UK-based Financial Conduct Authority (FCA) announced that it would ban cryptocurrency derivatives. The regulatory agency plans to ban all sales of derivatives and exchange-traded notes (ETN) regarding digital crypto assets for retail consumers.

The unexpected announcement was published today at noon on the official FCA website, where the agency explained the motivation behind the ban. As this is the third time in October that regulatory agencies exercised pressure upon the sector, it is very likely that there is a coordinated ‘attack’ in this quarter all over the world.

We remind readers that BitMEX was the first crypto derivatives exchange to be affected this month as the CFTC issued charges against the company on the 1st of October.

Yesterday, a similar event led to famous Crypto figure John McAfee being arrested in Spain over tax fraud and crypto-related activities. The Securities and Exchange Commission (SEC) charged him for earning more than $23 million by advertising ICO tokens, consultancy, and marketing. While this is a case unique to McAfee, the event may set a precedent for other ICO advisors and marketing experts as well.

However, today’s FCA ban has a far greater impact on crypto. Based on the press release, the regulatory agency believes that crypto derivatives products are ‘ill-suited’ for retail consumers.

FCA argues that the products cannot be reliable valued due to their inherent nature, prevalent market abuse and financial crime, extreme volatility, inadequate understanding, and lack of legitimate investment need for retail consumers to invest in these products.

Moreover, it is stated that these ‘features’ result in consumers suffering from sudden or unexpected losses by investing in these products.

To be perfectly concise, the FCA named which assets fall under the new law and what category they form. Based on the press release, ‘unregulated transferable crypto assets are tokens that are not specified investments or e-money.’

These include leading cryptocurrencies such as Bitcoin, Ether, and Ripple. The regulatory agency reminds readers that this kind of investment vehicle does not fall under the UK legislation framework and will therefore be banned. However, certain companies that fulfill requirements for regulated activity may be approved by the FCA.

It is noted that the ban will result in retail consumers saving up to £53 million. The interim Executive Director of Strategy & Competition Sheldon Mills commented:

“This ban reflects how seriously we view the potential harm to retail consumers in these products. Consumer protection is paramount here.”

According to him, there is significant price volatility and inherent difficulties for reliably valuing cryptocurrencies. All in all, the FCA seeks to set the ban as a measure of protection for consumers. While the ban is announced today, it will only come into effect next year on 6 January.