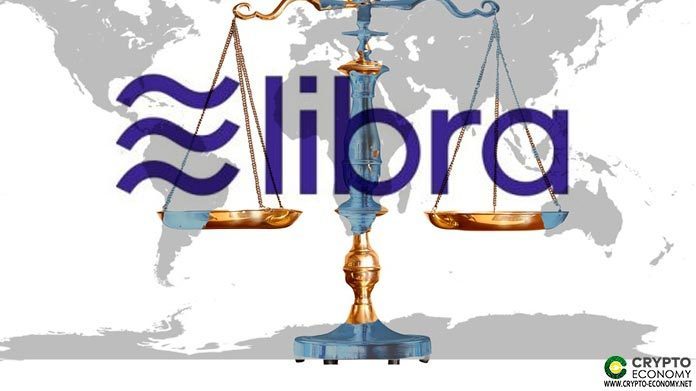 5 US lawmakers have jointly asked Facebook to consider a moratorium on its proposed cryptocurrency and digital wallet (Libra and Calibra respectively) in a formal letter dated July 2nd and addressed to Facebook’s CEO Mark Zuckerberg, COO Sheryl Sandberg, and Calibra CEO and head of Libra project David Marcus.

The letter states in part that the moratorium is requested in order to allow time regulators and other stakeholders to hold substantive talks on the financial and economic impact posed by the two projects considering that Facebook has access to about 2 billion global users.

“Because Facebook is already in the hands of over a quarter of the world’s population, it is imperative that Facebook and its partners immediately cease implementation plans until regulators and Congress have an opportunity to examine these issues and take action,” the lawmakers wrote.

Facebook revealed its plans to launch the Libra last month on June 18th and immediately received a push back from political bigwigs as well as policymakers across the globe.

The project is to be governed by a Swiss-based organization called Libra Association that has already enlisted 27 members including financial giants such as PayPal and MasterCard.

There was criticisms and cautionary calls from the EU, the Bank of International Settlements, the US Congress and others. Congresswoman Waters even called on the giant social media company to consider a moratorium on its plans as her House Finance Committee prepares to hold talks on an effective way to regulate the cryptocurrency.

Carrying the same message, the Tuesday letter is a formal attempt to elicit a favorable response from Facebook with more backing from her fellow colleagues.

Waters’ committee is intending to hold a meeting to discuss Libra entitled “Examining Facebook’s Proposed Cryptocurrency and Its Impact on Consumers, Investors, and the American Financial System.”

The meeting is scheduled to take place on July 17th, a day after the Senate Banking Committee plans to hold its meeting with a similar agenda.

The letter specifically cites concerns about Facebook’s troubled past on handling user data and how that could easily spill over to the proposed financial system with a global reach. Facebook, through the Libra whitepaper, suggested that it is aiming to launch the two projects by the 1s half of 2020.

“While Facebook has published a ‘white paper’ on these projects, the scant information provided about the intent, roles, potential use, and security of the Libra and Calibra exposes the massive scale of the risks and the lack of clear regulatory protections,” the letter reads.

“If products and services like these are left improperly regulated and without sufficient oversight, they could pose systemic risks that endanger the U.S. and global financial stability. These vulnerabilities could be exploited and obscured by bad actors, as other cryptocurrencies, exchanges, and wallets have been in the past.”

The letter does not force Facebook to cease development of the Libra project but rather a request to allow the lawmakers time to understand the project and hopefully put in place measures to protect their subjects.

“During this moratorium, we intend to hold public hearings on the risks and benefits of cryptocurrency-based activities and explore legislative solutions. Failure to cease implementation before we can do so risks a new Swiss-based financial system that is too big to fail.”