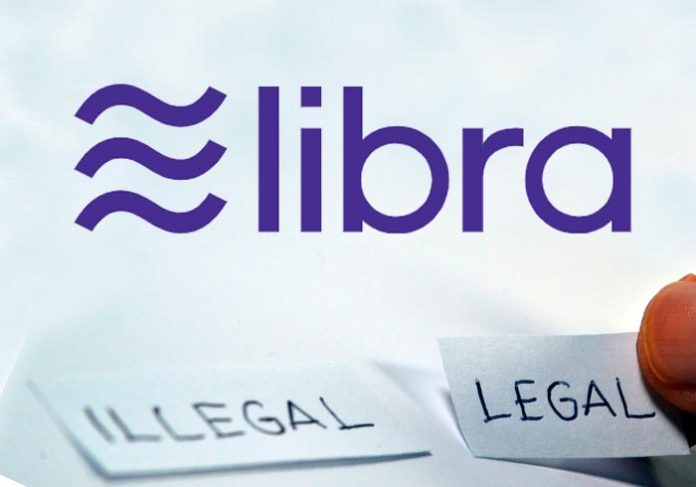 Giant social media company Facebook released the whitepaper for its proposed cryptocurrency Libra about a month ago on June 18th to immediate criticism from lawmakers and regulators alike. According to Facebook, this is something that they anticipated and hence the need to release the plans well way beforehand to give the regulators time to have a discourse about the project and perhaps help the company in designing and creating a new financial system that it ‘complementary’ to the traditional system.

Now maybe the company may be trying to appeal to the lawmakers by seeming cooperative towards their efforts to understand the project and also talking about their noble cause to bring financial inclusion to the marginalized people across the globe.

But so far, in terms of winning over the decision-makers, especially those who control the strings in America – where Facebook is registered – it is not winning. Facebook is facing more opposition by the day as more people get the chance to discuss the project and read through the whitepaper.

Representatives from the US Congress have been especially vocal critics of the project long before the tech company revealed its intentions publicly. The Senate Banking Committee sent an inquiry message to the company about the same more than a month ago but were only replied to last week.

The same Banking Committee had prepared a hearing on the Libra project and invited David Marcus, an executive from Facebook in charge of the Libra project to testify. The hearing was held on Tuesday, July 16th and things didn’t go so well for Facebook during the hearing.

One senator – Senator Sherrod Brown – remarked during the hearing that Libra is a “recipe for more corporate power over markets and over consumers.” Brown was quick to point out that Facebook has proved “through scandal after scandal that it doesn’t deserve our trust” referencing the myriad of privacy of data scandals that Facebook has been laden with over the last few years.

The issue about privacy came up quite a bit during the hearing, commanding more time, arguably than the Libra talk should have. “We’d be crazy to give them a chance to let them experiment with people’s bank accounts,” Senator Brown concluded.

Marcus’ responses to the Committee reiterated most of its responses in last week’s letter. He also acknowledged the fact that Facebook had blown it with users by disrespecting their privacy rights and data protection needs. Therefore, Libra would not be run by Facebook itself but instead, it had given up governance of the project to the Swiss-based, not-for-profit organization called Libra Association.

The association is run by a group of members who initially will be at least 100 in number by launch date. One of those members is Facebook’s subsidiary Calibra, a wallet developer specifically for the Libra cryptocurrency. According to Marcus, this means that Facebook effectively has only one vote in the Association, which should not be considered a significant stake to affect the decision making of the association.

“We know we need to take the time to get this right” and “we have to earn people’s trust for a very long period of time,” Marcus said during his testimony. “Facebook will only have one vote and will not be in a position to control the association, nor will Facebook or the Libra Association position themselves to compete with sovereign currencies or interfere with monetary policy.”

A few other talking points for Marcus included that Facebook chose to establish the Libra Association in Swiss, not to evade the direct supervision of United States regulators but rather because Swiss is home to some of the leading global financial institutions such as the Bank of International Settlements (BIS). He also stated that he would be willing to accept full payment of his salary in the Libra tokens as a show of the faith he has in the project. Finally, he also said that Libra would not launch until the regulators’ concerns have been addressed satisfactorily.