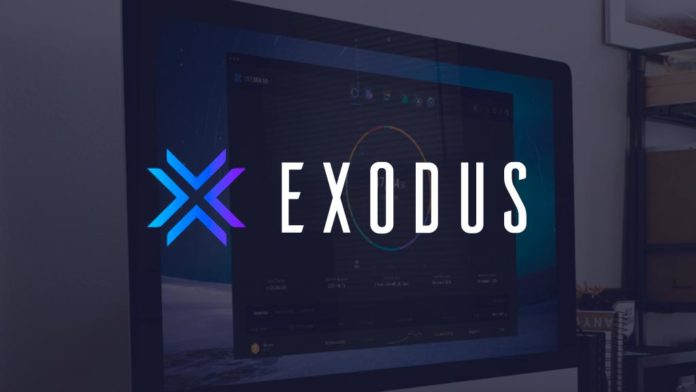 Algorand announced the news in a press release on Monday, June 2nd. According to the announcement, each EXIT token will represent one share of Exodus Class A common stock. Exodus is working with Securitize, an SEC-registered transfer agent and the first end-to-end digital platform utilizing blockchain technology for transfer agent services, to complete the project.

In March 2021, Exodus Movement filed with the US SEC for permission to sell $75 million in shares of the company at $27.42 a pop through a Regulation A+ offering. This was a unique public offering that the company called the 2021 version of an ICO. This allowed its crypto customers to buy stocks through Exodus Wallet, but only its own stocks. The stock purchase was allowed through payment with Bitcoin, Ethereum, or USDC.

EXIT is the name given to these tokens and will be based on the Algorand blockchain. Sebastián Milla Goñi, Chief of Special Projects at Exodus, commented:

“Exodus common stock tokens (EXIT) will be released on Algorand, a high-performance blockchain network aligned with our goals to redefine the future of finance. This exciting partnership allows us to move closer to opening secondary trading in the near future.”

According to the company,  Exodus has built-in support from Securitize, potentially making it easy to launch digital assets directly to the 1.6 million Exodus users. The combination of Alogrand, Exodus, and Securitize will provide individuals and institutions “access to unique opportunities that were previously only available in fragmented experiences.”

“Algorand was designed for modern financial applications and we are thrilled that Exodus has chosen Algorand to release the EXIT token. Our partnership with Exodus is providing best in class management and exchange of digital assets on Algorand, representing a significant step in enabling broad access to the future of finance that is accelerating on our advanced technology.”

0
The Exodus wallet is one of the most recently developed software programs gracing the cryptocurrency space with a promise of the practicality that most...
Read more
- Advertisment -
Posting....