Home CryptoNews Markets Exchange-Based Tokens: Why, Where and How to Use Them
CryptoNewsMarkets

Exchange-Based Tokens: Why, Where and How to Use Them 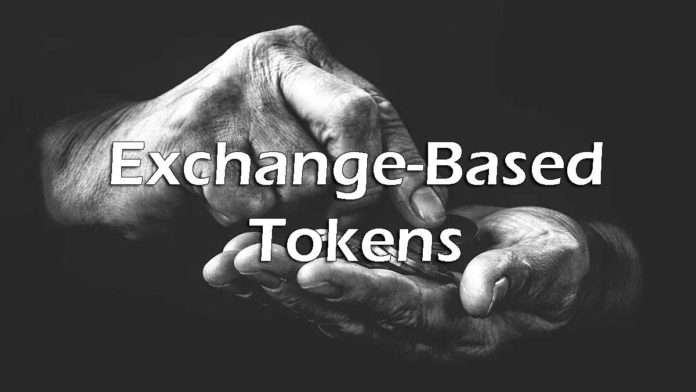 As crypto exchanges are getting their hands on the cryptocurrency industry, trading alone is no longer enough for them. Therefore, some exchanges issue their own tokens and become platforms for tokensales. In a way, this major trend in the world of cryptocurrency has even become tempting for traditional brokers.

Native tokens provide liquidity and help exchanges to increase revenue. Besides, they add to marketing value, act as a catalyst for the life of the entire system, and attract the attention of many potential users to the platform.

Users purchase or earn cryptocurrency exchange tokens to earn passive income or minimize transaction costs. Let’s break it down to see how they work, and go over native tokens with the highest potential.

Why Do Exchanges Create Tokens?

There are thousands of tokens in the industry. Some of them are intended only for users to be collecting money and trading. Along with that, there are coins that solve completely different problems. They are also called utility tokens.

In fact, the difference between a utility token and an ordinary token is quite vague. To oversimplify, utility tokens ensure the viability of the system, without necessarily carrying out an investment-trading function. In practice, most often there are “hybrids” that help you save funds and work both in- and outside the ecosystem.

With the development of the crypto industry, the line between utility tokens and cryptocurrencies has been blurring and ultimately totally disappeared. While previously exchange tokens were used only for a specific purpose, for example, discounts on trading fees, now it is difficult to distinguish them from other cryptocurrencies.

Native tokens usually exist only within a single system and are used for basic tasks like buying a product or service. More generally, they give the holder the right to participate in the project (use its services, vote for its management, and updates). For example, decentralized Uber tokens can buy users a ride.

The Functions of Utility Tokens

Cryptocurrency exchange tokens play an important role in creating, maintaining, and updating the crypto platform they serve. Therefore, they can be regarded as a source of vitality that supports parental blockchains.

Typically, exchanges issue their coins to increase the loyalty of users enabling them to take advantage of their discounts and special offers. The exchanges’ assets have their own unique features defined by its parent blockchain, and are used in a variety of ways:

Many see exchange-based tokens as the future of crypto since these digital assets provide maximum liquidity. An exchange platform that issues such tokens relies on them as an essential business tool.

The support of the ecosystem of any exchange primarily depends on the financial stability of digital assets. And skillful use of tokens as a trading and investment tool increases their significance and attractiveness in the eyes of potential investors, especially large institutional entities.

As online systems employ their own unique service tokens, economic growth means that users will see that the value of their tokens increases as the network becomes more valuable as a company, allowing them to scale both operational opportunities and profits. This structure of collective incentives and benefits is the essence of a functioning distributed model and the main driver of its network effect.

In addition to the main functions, these tokens can serve as investment mechanisms and elements of value transfer. This opportunity is based on the basic economics of supply and demand.

Consequently, platforms that are popular and attract more users and continue to improve their functionality witness the market price and liquidity of their tokens naturally rise.

Glossary: Liquidity is the degree to which a cryptocurrency can be quickly bought or sold in the market without affecting its price. This is a fundamental concept trading in cryptocurrency markets, as well as volatility that is inherent in the system.

Exchange Tokens to Watch in 2020

Some of these native tokens have proven themselves well and some tokens belong to the exchanges that are just gaining popularity. We have arranged them in alphabetical order to help you choose your fighter.

Binance issued its BNB token back in 2017. Initially, its purpose was quite simple: to facilitate crypto trading on the website. Using it, you can pay exchange commissions with a 25% discount.

Binance decided not to stop there. Over time, BNB began to find new uses. For example, users can pay using Pundi X POS-terminals or buy a tourist trip to Australia via TravelbyBit. Some companies like Propy allow you to buy real estate using this token. And these are not all but just a few ways to use BNB.

There are many reasons for BNB’s rapid growth: its parent exchange has been actively developing ever since it launched. While other companies declared staff reductions in order to survive the crisis, Binance, on the contrary, opened new representative offices in different countries.

The token appeared in CoinMarketCap analytic portal listing in July 2017. Then it cost only $0.1. By the end of August of that year, its price first broke the $2 mark. Now BNB is trading at $17.02 at CoinMarketCap.

The Chinese giant Huobi adopted the experience of Binance. On May 9, 2019, this venue hosted the IEO of the Newton Project. Only owners of their native exchange token, Huobi Token (HT), could participate.

Thus, exchanges are driving liquidity into their ecosystem, because Huobi coin, like BNB, is mainly used in the services of the site itself. For example, HT owners can get a discount on commissions and participate in OTC trading.

The Huobi exchange was originally a project focused solely on the domestic Chinese market. The imposition of a ban on ICOs and restrictions on cryptocurrency trading in China forced Huobi management to reconsider their company’s strategy and pay attention to the foreign market. HT was launched in order to create a high-tech platform for the global community.

The token appeared on CoinMarketCap at the beginning of 2018, and back then its value was $1.49. HT is now trading at an average of $4.20 at CoinMarketCap.

This decentralized cryptocurrency is based on the Ethereum blockchain and compatible with ERC20. KCS can be bought on KuCoin exchange or received as a reward.

KuCoin Shares (aka KCS tokens) are cryptocurrencies with a total volume of 200 million. To date, more than 10 million KCS have been bought and destroyed. In the future, the plan is to leave in free circulation only about 80 million crypto coins. A decrease in the volume of currency on exchanges will have a positive effect (an increase in their market value).

Token holders receive bonuses, a percentage of fees, and discounts on trading operations. This development strategy guarantees an increase in the demand for KuCoin Shares.

The native token of the next-gen cryptocurrency exchange Nominex focuses on the high security of assets and…fun. This standard ERC-20 token is hoping to follow in the footsteps of BNB that multiplied its price by more than 400x. But what does it currently have to offer?

NMX will be traded outside Nominex, but currently, it is used within the parent ecosystem as a utility token that allows users to receive up to 50% trading commission discounts, 100% cashback and the returns on referrals that grow from the number of users invited, which no other exchange currently offers.

Combining gamification with teamwork, Nominex creates a fun way to trade called “entertrading”. NMX is a part of Nominex binary affiliate program with unlimited levels enabling users to earn up to several thousand dollars a week. The owners of 100+ tokens gain the status of an active partner that comes with the power to receive all possible affiliate rewards.

The NMX distribution was launched on April 22 with a total sale period of one year. The token’s price will steadily grow up during 7 periods – from $0.4 to $1.3, so the simplest way to cash on it is to invest at an early stage. After the end of the DCO, tokens will be listed at the exchange at a price that will be “vastly different then”, as Nominex informs.

Last year, OKEx cryptocurrency exchange announced the launch of its own OKB utility token on the public blockchain. Now users can transfer OKB tokens to wallets that support the ERC-20 standard, or to cold storage in the exchange’s app.

OKB tokens are intended primarily for transaction fees and OKChain-based dApps. In addition, OKB will be used in token presales for voting and paying the service fee for supernodes.

To create sustainable value for its users, OKEx performed the biggest token burn of its kind amounting 700 million unissued OKB. “Only when OKB achieves absolute deflation can OKB holders truly benefit from the development of the platform” – Jay Hao, CEO of OKEx, commented on the official website.

Extremely likely exchange-based tokens will serve you well no matter where you get your coins from. Buy them while they’re cheap, get free coins based on your daily trading volume, get cashback in utility tokens or win them in daily trading tournaments that exchanges hold.

But before you do that, weigh all the pros and cons of choosing a utility token, as it pretty much means choosing an exchange. So even if a coin has a million features and plenty of use cases, DYOR – do your own research, and share the article to raise crypto awareness.

0
Binance signed a new partnership with a consortium led by MDI ventures to expand the blockchain ecosystem in Indonesia. The most important part of...
Read more
CryptoNews

0
2021 has been a tough year for Binance. The cryptocurrency giant's Singapore arm, Binance Asia Services Ltd, is all set to cease its operations...
Read more
CryptoNews

0
Despite seeping into mainstream conversation, cryptocurrencies continue to irk regulators around the world. This time, it was Spanish regulators that issued a warning to...
Read more
- Advertisment -
Posting....