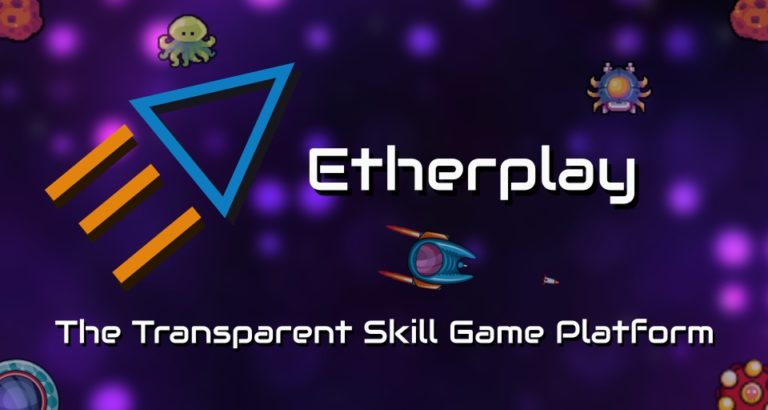 Etherplay, based in Scotland, is using the Ethereum network to power the first transparent platform of skill-building built on blockchain. The platform is reminiscent of old-school arcade games, where players pay to play simple games to beat the highest score. The difference is that to play first you have to pay in ether, and the top scorers go into a jackpot to win ether.

The Etherplay platform is inspired by arcade games where players can display their names or pseudonyms on the leaderboards if they reach a high score and the best players are rewarded.

The platform uses the Ethereum as its backbone. This allows for a transparent, free and fair platform where players are sure of their classification on the scoreboard. In order to play, users must first download an ethereum wallet such as Metamask or Mist.

Once downloaded, the user must pay a fee in Ethereum’s token ether digital to start a game session. The fees paid by the users contribute to a pool of money that goes to the winners among the players with the highest scores.

The Etherplay platform retains a quarter of the jackpot money to fund research and development of the platform. Using the Ethereum network allows the platform to operate at a more efficient and secure level. When you use it, you do not need to manage user accounts or your money. All this is managed by the smart contract and the consensus network Ethereum provides. Players can feel confident about their safety. With Ethereum there is no need for Etherplay to have player accounts on your system.

Finally, the Ethereum chain assures players that scores are accurate. This is important, since many gaming platforms are stuck with accusations of altered scoring, especially when it comes to rewards. The use of an immutable network prevents this. Ethereum allows the Etherplay platform to be transparent and verifiable. Each transaction is verifiable and traceable in the ethereal network.

Etherplay currently has two games available, with more on the way. “Catch Me” is his first game, developed internally by his team. The game features a character that the player can move around the screen in order to catch treasures, which is in the form of ether logo. The player must dodge rocks, black holes and predators during the game to avoid death. The second game is called EtherSpace. This game has a spaceship that the player uses to move, dodging and flying space rocks. These space rocks can be exploded until only one symbol of the ether symbol remains that the player collects for the points. The two games show the size of the jackpot to be won as well as the duration of the competition. The games also show how much ether you must pay before playing.

For the future, the team plans to expand into mobile games as there is the possibility of a Mobile Browser Ethereum.

As more games become available and the number of users increases, the platform has the potential to become a major ethereum project given the popularity of online games.