The popular EtherGoo Converts to TRON with the New Game TronGoo 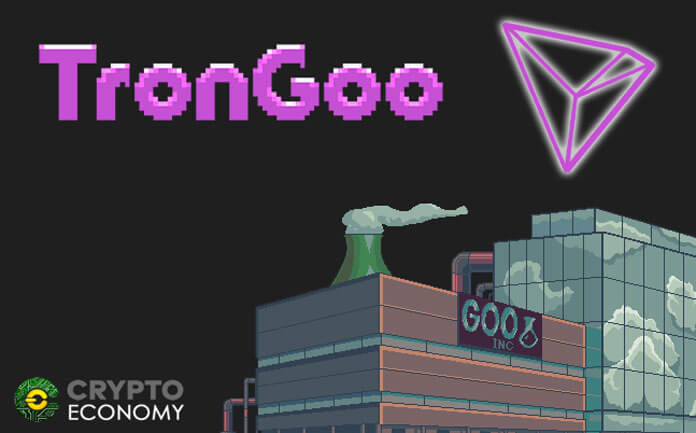 EtherGoo, the popular decentralized app on the Ethereum blockchain has now entered the TRON blockchain with a new DApp called TronGoo. With all these new DApp creation, the TRON Arcade has brought a lot of entertainment to the TRON community.

As announced recently on Medium by the TRON Arcade, the popular game EtherGoo is going to be known as TronGoo and will be running on Tron Network. The goal for players in the game is to gather as much Goo as they can. They can do this by either stealing the Goo from others or by producing it themselves.

Once the Goo has been earned, it can be used to buy two types of units, these include production units which increase daily Goo production and barracks units which are used for attacks and defence. Players earn real TRX tokens as they keep collecting Goo and as well as by depositing Goo into the Goo Deposit Box.

The EtherGoo team has been on the lead when it comes to DApp development. It was the very first competitive idle game that used blockchain technology. Now that it has joined the TRON Network, we expect more upgrades. The team is led by MrBlobby.

With the arrival of TronGoo, most players will now enjoy not just a smoother gaming experience, but also faster transactions. The idle game will also help create TRON’s mass adaption with its developer-friendly blockchain system.

Features of the Game