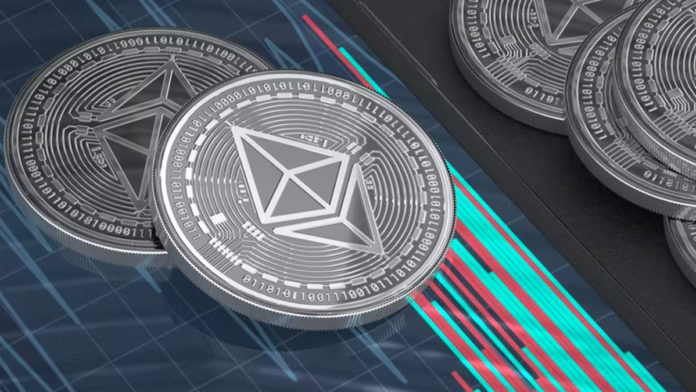 According to the latest announcement in the Ethereum blog, the Kiln testnet is now live and running as one of the most important milestones towards Ethereum 2.0.

This is huge! #Ethereum just successfully merged in the first big public testnet 🚀🚀🚀

So awesome to share this moment with this lovely pp 💕

“This is huge! #Ethereum just successfully merged in the first big public testnet 🚀🚀🚀 So awesome to share this moment with this lovely pp 💕 Next up:

The plans and recent actions in testnets are discussed in a post on Ethereum’s official blog. The Kintsugi merge testnet, which went live in late December, has been a great place for The Merge to be tested.

Ethereum developers arrived at a set of reliable and robust protocol specifications thanks to multiple test suites, multi-client devnets, shadow forks of Goerli, application deployments, and the community’s aid #TestingTheMerge. Kiln, the successor to Kintsugi, has been introduced now that clients have adopted these latest standards!

Kiln’s execution layer, like Ethereum’s mainnet, was launched with proof-of-work in tandem with a Beacon Chain running proof-of-stake. On March 15, 2022, the Merge took place on Kiln. The network is now totally proof-of-stake-based!

The most straightforward approach to begin utilizing Kiln is to go to the network’s home page. Users can connect to a JSON RPC API, add the network to their browser wallet, see block explorers, and request funds from the faucet. The staking launchpad also supports the Kiln network if you want to be a validator.

Developers may use this new testnet to test their smart contracts and dApps with ready-to-use tools and functionalities. The majority of Ethereum applications entail considerably more than on-chain contracts. Kiln is where developers will test their front-end code, tooling, deployment process, and other off-chain components to ensure they’re working properly.

The Ethereum team highly advises developers to complete a full testing and deployment cycle on Kiln and report any issues with tools or dependencies to the maintainers of those projects.

The date for the final migration to PoS is yet unknown. However, according to an Ethereum blog post, if no issues with Kiln are discovered, the existing Ethereum testnets (Goerli, Ropsten, and so on) will run through The Merge after clients have confirmed the details of their implementations. Once they have successfully transitioned and stabilized, a difficulty value will be determined for the mainnet transition, assuming no issues are discovered. Only then will an exact date for The Merge be possible to predict.

0
Several countries continue to ride on the crypto wave from all around the world. According to a recent research report by Chainalysis, it has...
Read more
Price Analysis

0
A source close to the situation says that Binance, one of the world's largest cryptocurrency exchanges, has applied for a license to operate in...
Read more
- Advertisment -
Posting....
We use cookies to ensure that we give you the best experience on our website. If you continue to use this site we will assume that you are happy with it.OkPrivacy policy