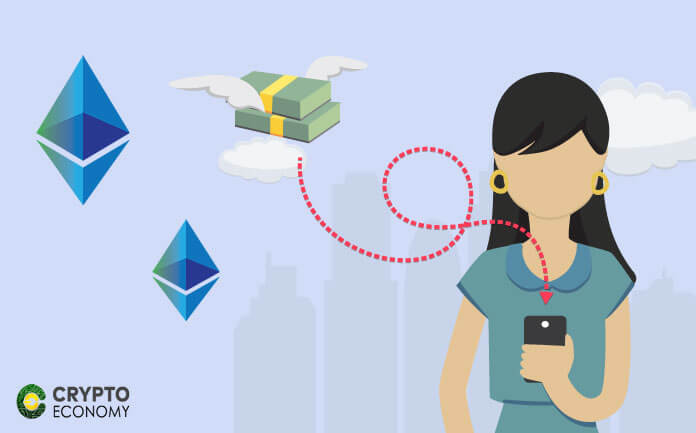 The Ethereum price has been on a nose-dive since the asset saw all-time highs of $1,400 in January this year. As of the time of writing one Ether is priced at $104 which is a 93% drop in less than a year.

The transaction count saw a sharp increase over the close of 2017 mirroring the price of ether and reaching all-time highs of 1,349,890 transactions in January right around the time the price of the asset also peaked.

Following the fall of the price of ether, the transactions have seen a sharp fall in the preceding months to September when the transactions started trending sideways despite the continuing fall in prices.

In September, transaction count fell to its yearly low of 430,315 but has since stabilized around the 500,000 level. This year is the first time that the two parameters are exhibiting a divergence and for a significant period of time.

According to studies that have been conducted previously, the price of Ether directly correlates with the transaction count. The more transactions being recorded on the blockchain leads to a rise in demand for the underlying asset which props up its price accordingly. Fall in transaction count has a similar effect of depressing the price of the asset. However, since September, this correlation hasn’t held true at all.

One plausible theory being floated around to explain the divergence is that the price of Ethereum is being manipulated by whales (investors with large tremendous resources). In September, the embattled cryptocurrency exchange Bitfinex was actually accused of price manipulating Ether. This accusation was never proven even though the evidence seemed to point to the exchange.

Over the past few months, Ethereum has suffered from a slew of negative news regarding the third largest network by market cap. Starting with a report from BitMEX that seemed to confirm that ICOs have been depressing the price of Ether by selling their massive amounts of coins that they had collected during their ICOs.

More recently, reports are immerging that most miners on the Ethereum network are operating in loses leading to an industry panic that the network is at risk of losing one of its most important component, its miners. Mining is profit-driven and if the profits are minimal or non-existent, then miners are going to switch for better returns or effectively close shop. If the price of ether keeps falling then this scenario will definitely come to pass.

It is not obvious why the divergence between the two parameters exists but the fact that transaction count has remained relatively stable in a sideways trend could give some investors a ray of hope that the price of ether could rebound for the better.