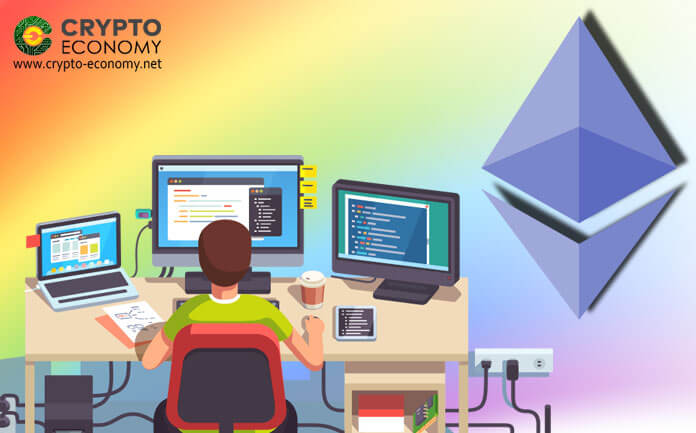 Per info from analytics firm Diar, Ether has recorded the highest volume of transactions with 776,000 Ether transacted on the platform marking a steady growth in four months. However, while Ethereum has had success in the volume of transactions on its ecosystem, the record of new DApps coming in from developers onto its platform is low.

Back to its all-time high transactions, Diar points out that this growth is the longest ever to be witnessed in the DApps arena with the growth activity being the highest in four consecutive months. The activity was focused on Decentralized Exchanges (DEX) together with gambling applications with transactions amounting to $132 million. The above high activity on Ethereum blockchain ecosystem makes it the highest in several months while at the same time the steadiest growth Ethereum has experienced in the DApps sector in a while, based on the volume of transactions.

The number of DApps created in Ethereum has fallen

While developers of Ethereum are celebrating having broken their record, on the other hand, the number of DApps deployed on its ecosystem is far too low than the previous figures. Diar reports that the platform has had a sharp drop in DApp deployment reaching 15 in a month. However, for April, the 88 DApps deployed Ethereum controls 60% of the DApps. The latter figures represent a drop in deployment since September 2018.

On the other hand, Ethereum has also had success coming from its Truffle Framework being favored by many developers. Truffle Framework is a core tool for programmers who would love to build on top of Ethereum, and its number of downloads has been high hitting an all-time figure.

While Ethereum has ups and downs in its performance, Diar points out those developers are likely to hit walls when it comes to deployment in the future since current issues related to scaling haven’t been solved. The problem is in most DApp based crypto platforms Ethereum included. The latter lack methods to handle the level of adoption like in other app-based market places and it generally translates to developer’s having problems.