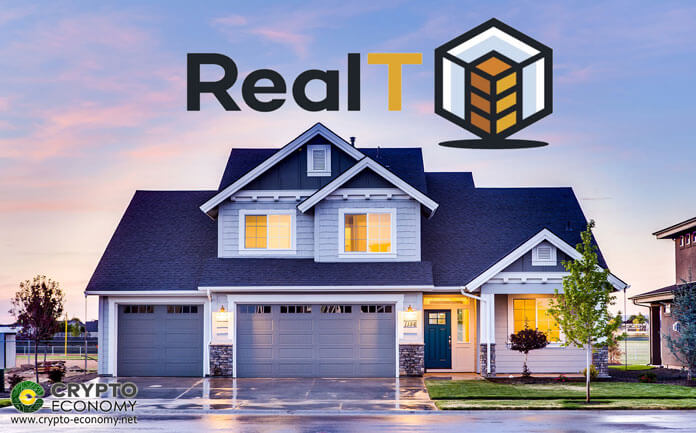 RealT, a new ethereum-based real estate tokenization platform was officially launched on Thursday. According to the announcement, the company aimed at tokenizing real estate assets. RealT will start with residential property in the city of Detroit and eventually expand to other cities. Reportedly, RealT will also function as a marketplace for current homeowners looking to tokenize and sell their real estate assets.

Rémy Jacobson, the CEO of RealT believes blockchain has a lot to offer the real estate market. He stated:

“The real-estate market desperately needs a shake-up, with current limitations including laborious documentation processes, siloed markets, and high costs all acting as barriers to entry to investment, particularly for those living in other countries. We believe tokenization enables a worldwide marketplace for real estate investment, and it is the next step in the evolution of the industry.”

He explained that tokenization is the much-needed solution in helping simplify the currency complex process of buying and selling real estate. He also believes blockchain and cryptocurrencies could bring new levels of liquidity to the real estate assets.

RealT operates by making use of a Delaware series limited liability structure where each series is treated as if it were a separate legal entity. According to the RealT, each series is represented by RealToken . These RealTokens will act as a bridge between a token-owning individual and a piece of real estate property.

The company plans to use the IPFS, a mechanism used to giving access to document to anyone that can connect to the ethereum network, to provide RealToken owners with access to their relevant documents. This means that the phases of the RealT project, deed, the Certificate of Formation, affidavit, and an operating agreement will be made available by ownership of the relevant RealToken, through this mechanism.

Reportedly, for its first phase, all listed properties on the projects will be rented properties. Purportedly, this will allow a proper illustration of the full rights of RealTokens owners.

Additionally, instead of collecting rent after every 30 days, this project will ensure RealToken Owners receive rent daily.