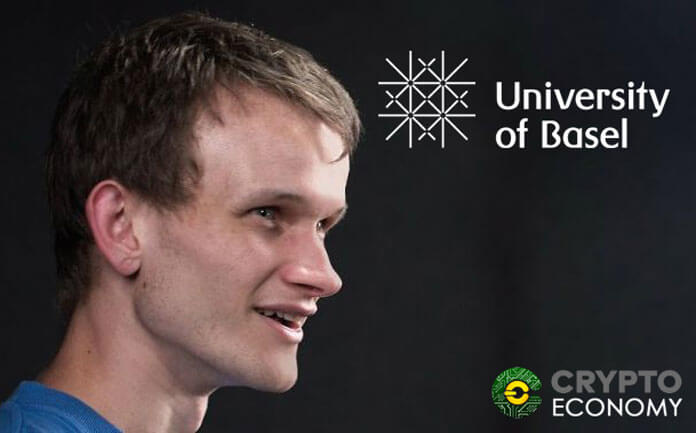 Vitalik Buterin, the creator of Ethereum, has a new title to his name. He’s now Dr. Vitalik Buterin. This is after the University of Basel, decided to honor his innovations in blockchain space by awarding him an honorary doctorate.

His achievements were recognized by the university’s Faculty of Business and Economics as part of Dies Academicus, its annual celebration that commemorates the founding of the university. In response, Vitalik said:

“I’m honored to have received an honorary doctorate from the University of Basel the oldest university in Switzerland. Switzerland is well known for its innovative blockchain research.”

Dr. Buterin left his academics four years ago to pursue his interests in blockchain, dropping out of his freshman year at the University of Waterloo in Canada. In a previous interview, he revealed that at the time, blockchain was occupying more than 30 of his hours in a week. His time was split between writing for the Bitcoin Magazine (he was the lead writer for the magazine) and he also held an editorial position at Ledger, which was a scholarly cryptocurrency and blockchain journal.

After dropping out of college, he decided to use his savings to tour the world and learn what his peers were working on.

“I went around the world, explored many crypto projects, and finally realized that they were all too concerned about specific applications and not being sufficiently general – hence the birth of Ethereum, which has been taking up my life ever since.” 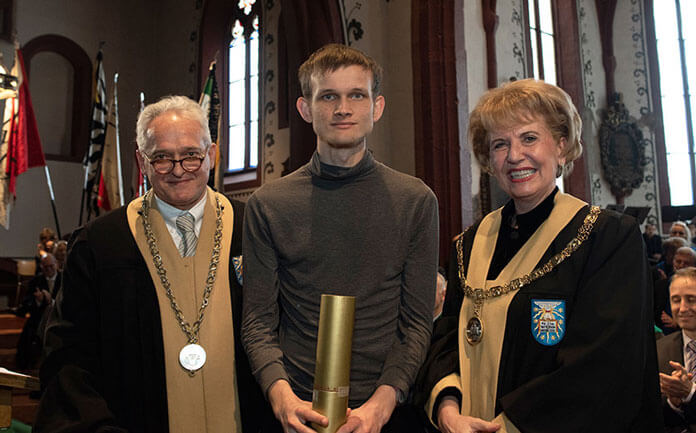 He released the Ethereum whitepaper in 2013 and titled it “A Next-Generation Smart Contract and Decentralized Application Platform.” Two months later, he was chosen for a Thiel Fellowship award that earned him $100,000 for his innovation and contribution to the blockchain space. At the time he was 19 years of age. He has since won a few other awards in the tech space.

Awarding Buterin with the honorary doctorate yesterday was the Dean of the Faculty of Business and Economics at the University of Basel Prof. Dr. Aleksander Berentsen. His description of the wunderkind included words such as “game-changing” when referencing his innovations in the blockchain space and he added that Buterin has “blazed a trail for science and industry to follow and work together.”

The University then tweeted about the award on their social media page saying,

“He is an exceptionally creative and innovative thinker who has been instrumental in shaping the digital revolution from an early age.”

Our most sincere congratulations Dr. Buterin.